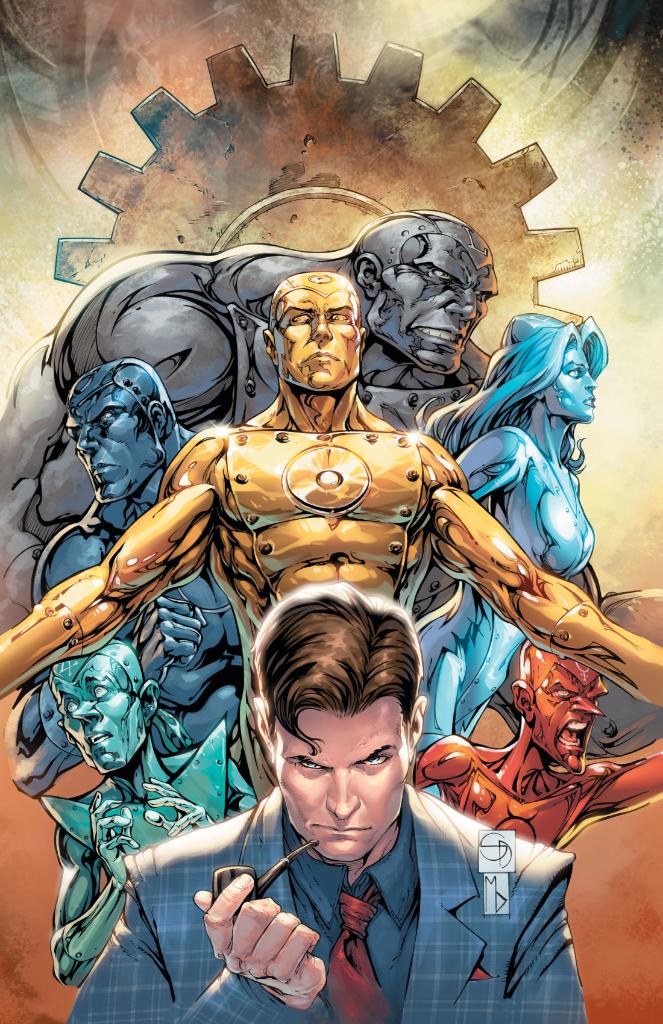 Ahead of the San Diego Comic-Con, DC Comics has announced the return of the Metal Men, but with a twist! The series will introduce the Nth Metal Man! The twelve-issue maxi-series will kick off in October with Dan DiDio taking on the writing duties while Shane Davis and Michelle Delecki take on the art. The series will examine what it means to be sentient following the events of Dark Knights: Metal.

“I’m a longtime fan of the Metal Men and had a chance to write them briefly in the anthology, Wednesday Comics, several years ago,” shares DiDio. “With this new series, we explore the essence of what makes the Metal Men human, by having them caught between Doc Magnus, the man who created them, and, the newly introduced, The Nth Metal Man, the being that gave them life. What I’m enjoying most about this book is the chance to stay true to all existing stories, while building out their mythology in exciting new directions.” According to the press release from DC Comics, “the Metal Men discover a warehouse of old robots, older versions of themselves, that are junked and apparently left in disrepair by their creator rather than being rebuilt after their heroic battles. Meanwhile, a mysterious liquid Nth metal has appeared in the science site at Challenger Mountain…the same Challenger Mountain that came through from the Dark Multiverse and landed in Gotham at the end of DARK KNIGHTS: METAL and was the focal point of the DC New Age of Heroes miniseries NEW CHALLENGERS.”