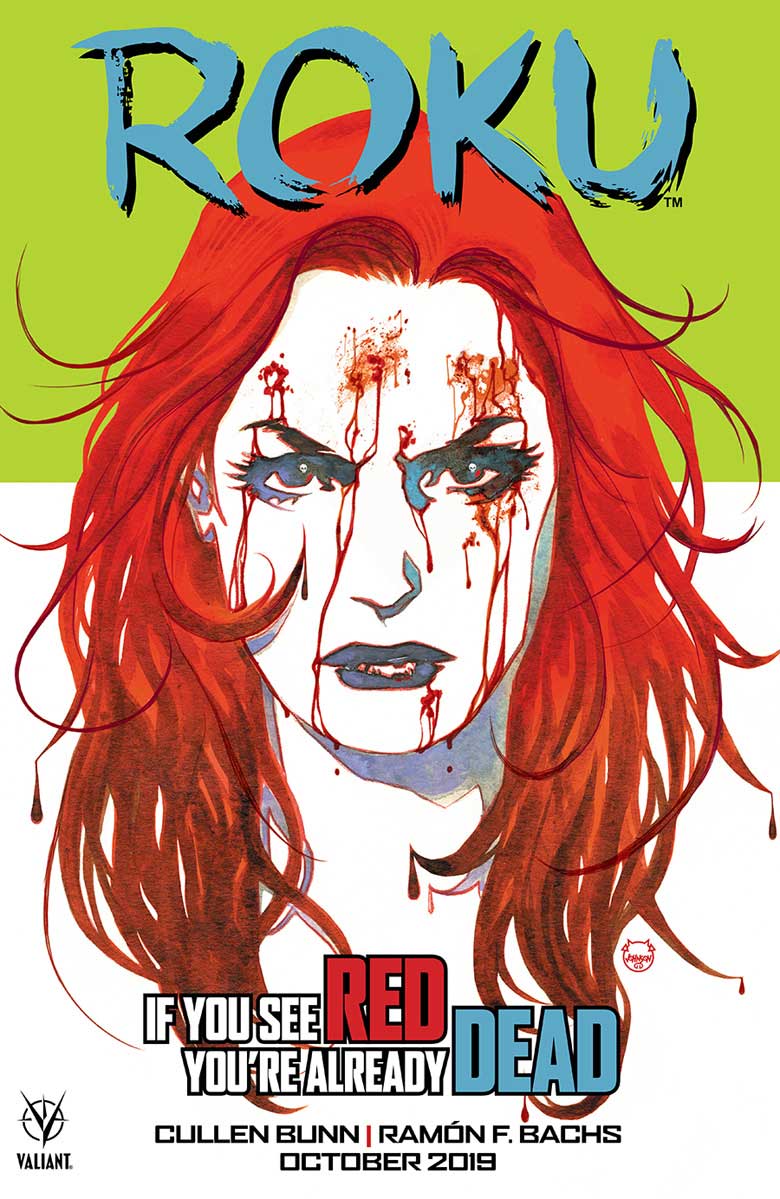 Valiant Entertainment has officially announced a new Roku series kicking off in October from Cullen Bunn and Ramon F. Bachs.

Earlier this month, Valiant teased the series, and now we know when we’ll see the Roku series drop.

In a press release from Valiant, series writer Cullen Bunn said, “I wanted this story to show off a dark underbelly of the Valiant Universe, a corner of the world populated by powerful criminal organizations. My hope is that these criminal outfits start plaguing other Valiant characters. Really, I’m just here to cause trouble.”

I’m sure more information about this series will drop next week at the San Diego Comic Con, but for now, you know it is time to let your LCS know if you want this on your pull list.