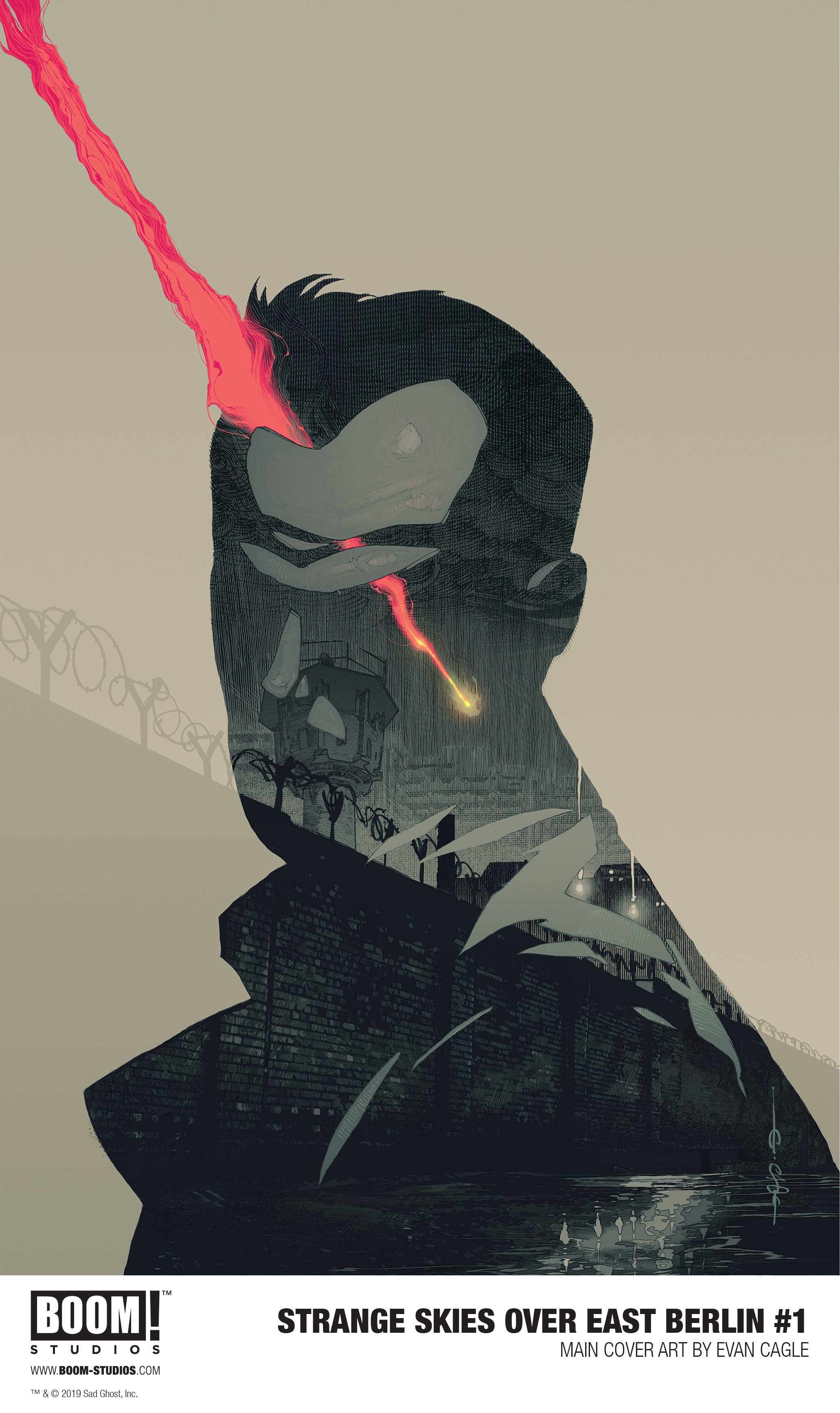 It’s 1973, and Herring, a disillusioned American spy, has spent the entire Cold War infiltrating the inner circles of East German intelligence for a cause he barely believes in anymore. He’s seen everything and done anything his government asked but his latest mission pits the brilliant embittered operative against an enemy force so vast it could obliterate all of humanity.

The Space Race had greater consequences than even the Soviets could have guessed, and when they sent the first human ever to the stars, something not quite human followed them back. When a mysterious alien probe lands outside East Berlin and into Soviet control, the Americans send their top spy in to investigate. But as Herring gets ever closer to the truth at the heart of the conspiracy, he may find that the power he so desperately seeks is too dangerous for anyone to control or contain. “Through comics, I’ve been able to write space operas, dark religious epics, and superhero stories, and now I can’t wait to write a sci-fi horror set within the bleak, creeping dread of the Cold War,” said writer, Jeff Loveness. “The Iron Curtain surveillance state of East Germany is now far enough removed from us to seem shockingly familiar. It’s been humbling to research that world, only to see how many sad parallels of it we still endure today. There’s body-horror and sci-fi creeping through the paranoia of the story, but it’s also about what it means to be American in a world slipping away from you… a world that was perhaps never truly there to begin with.”

BOOM! Studios has made a number of announcements as a lead up to next week’s San Diego Comic Con. This is a brilliant move by the publisher as it will more than likely be drowned out by announcements from other publishers at the show.