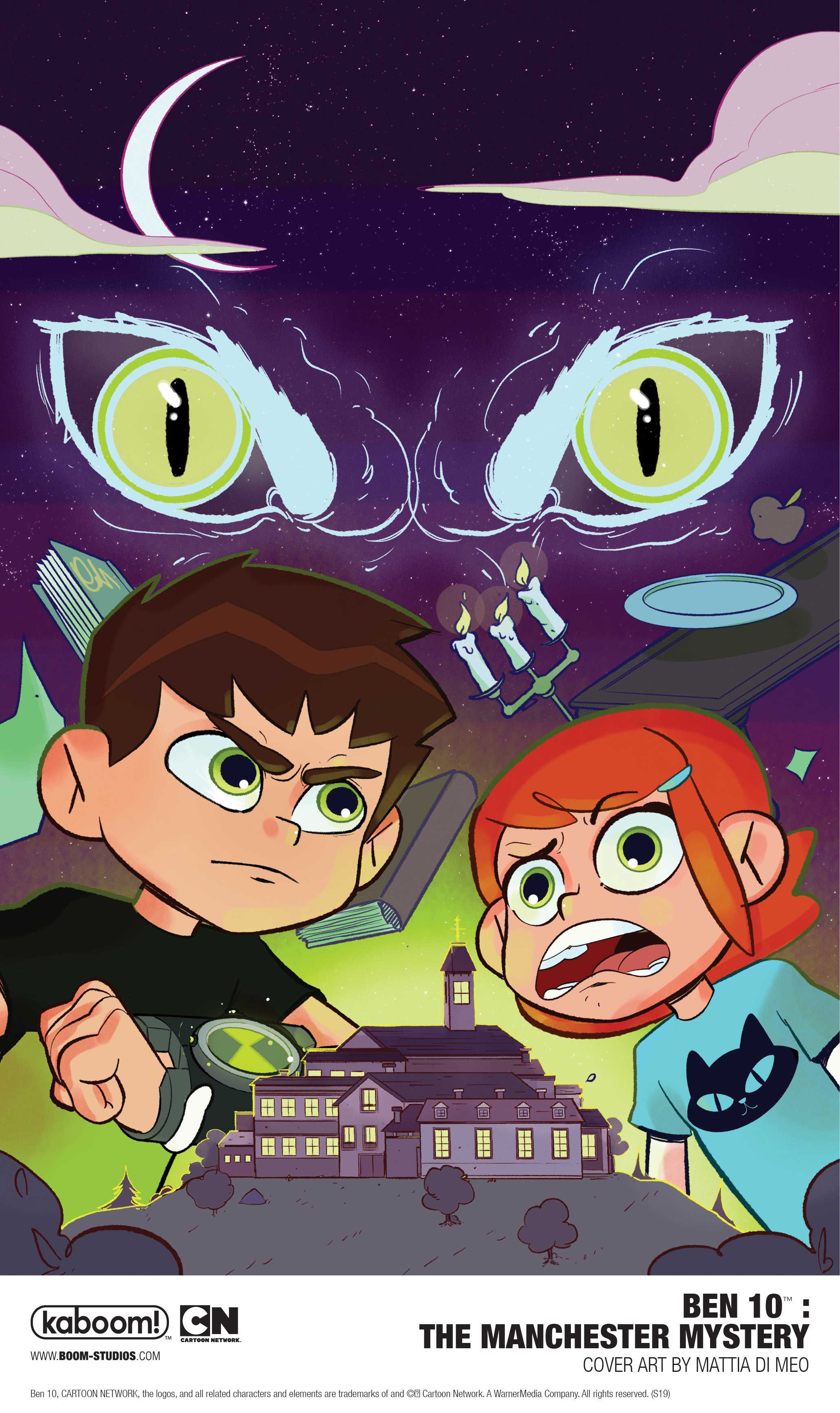 BOOM! STudios has announced Ben 10: The Manchester Mystery, the newest original graphic novel from CB Lee and Francesca Perrone that arrives in March 2020. The game’s afoot in BEN 10™: THE MANCHESTER MYSTERY as Ben Tennyson attempts to solve the mystery of a famous haunted house! Solving the Manchester Mystery would guarantee Ben a spot on his favorite supernatural television show but as he investigates the abandoned home, with his trusty cousin Gwen and Grandpa Max to round out the ghost hunting team, new secrets are revealed and it turns out not everything is as it seems. Science meets the supernatural as Ben wields the Omnitrix to pit aliens against ghosts in this thrilling new tale of mystery!

“Ben thinks he’s going to be bored at the ‘Living Museum’ at the historical reenactment town of Manchester, but when he finds out his idols the Mystery Boys are there investigating some strange disappearances, he’s excited to prove himself.” said writer, CB Lee. “ It was so much fun to write this ghostly adventure with Ben, Gwen and Grandpa Max as they put together clues and solve a mystery!”

Ben 10: The Manchester Mystery is the fourth Ben 10 series from BOOM! Studios.