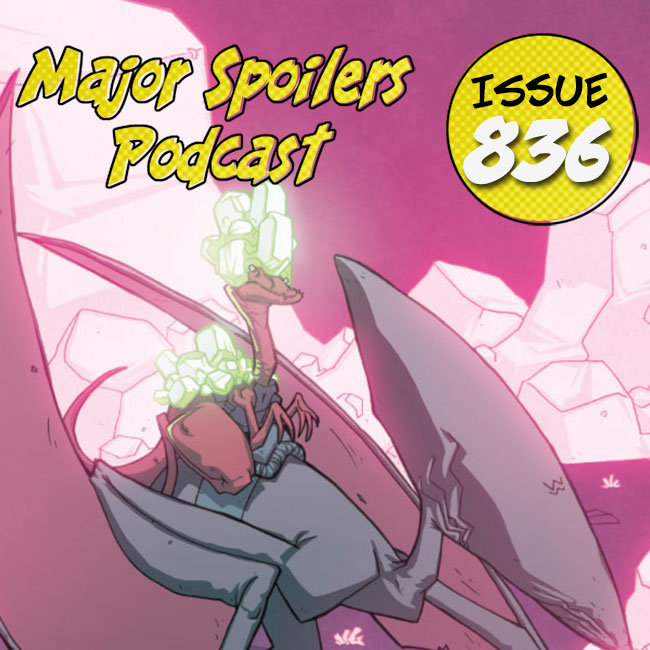 Mad Magazine Comes to an End

MAD magazine is coming off newsstands after a 67-year run. The famed satirical magazine featuring the freckled face of Alfred E. Neuman will stop publishing new material outside of its end-of-year specials, owner DC said in an email. In a few weeks, the bimonthly publication will only feature vintage MAD content and be sold at comic book stores.

RODRIGO
THE ORVILLE #1: NEW BEGINNINGS PART 1 OF 2
Writer: David A. Goodman
Artist: David Cabeza
Publisher: Dark Horse Comics
Cover Price:$3.99
Release Date: July 17, 2019
On their way to a fleet conference via shuttle, Ed and Gordon pick up a distress signal from a century-old buoy belonging to a Union ship and decide to investigate. Meanwhile, back on the Orville, Kelly tries to mediate when Bortus insists on enrolling Topa into school even though he is only a few months old.

ASHLEY
YESTERDAY
Director: Danny Boyle / Written by: Richard Curtis
Starring: Himesh Patel
Release Date: June 28, 2019
Yesterday is a 2019 British romantic comedy film directed by Danny Boyle and written by Richard Curtis, based on an original screenplay by Jack Barth and Mackenzie Crook. It stars Himesh Patel as a struggling musician who, after an accident, finds himself the only person who remembers the Beatles; he becomes famous taking credit for writing and performing their songs. The film also features Lily James as Himesh’s love interest, Kate McKinnon as his manager, and Ed Sheeran as a fictionalized version of himself.

ATOMIC ROBO AND THE SAVAGE SWORD OF DR. DINOSAUR
Writer: Brian Clevinger
Artist: Scott Wegener
Publisher: IDW Publishing (print)
Atomic Robo investigates cryptid sightings near the old Nazi space program, “Science City,” buried deep in the Venezuelan wilderness. Meanwhile, a mysterious package is delivered to Tesladyne – from Hashima Island Quarantine Zone. Is it from Alan? Majestic 12? Or something else entirely? If only the title could shed some light on this mystery!
Screen reader support enabled.