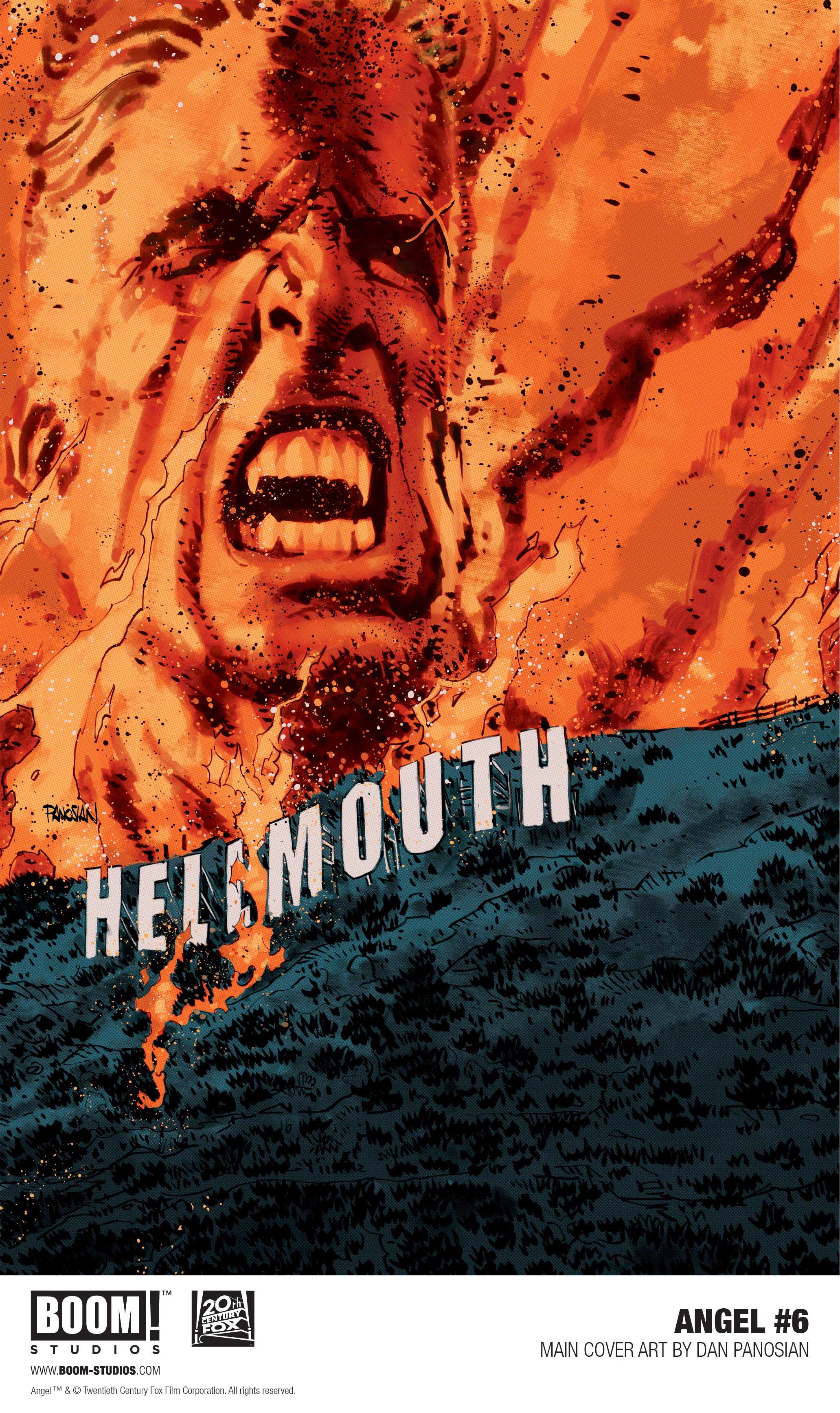 Spike makes his way to Los Angeles in Angel #6

BOOM! Studios let us know that Spike is making his way to Los Angeles as part of the big Hellmouth event, and he’s popping up in Angel #6 landing in October 2019.

With Angel trapped in Sunnydale, the rest of Angel’s newly formed team has their hands full dealing with the Hellmouth’s fallout in Los Angeles. Will this gang of supernatural crime-solvers be able to protect Los Angeles from the shockwaves of the Hellmouth’s opening… and from newly arrived vampire, Spike?