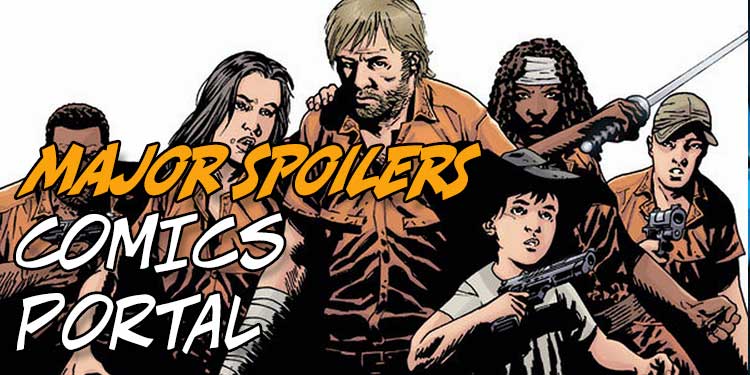 This past week saw something unusual happen—a comic actually ended at an odd number! It was a “Dead” end since it was the final issue of Image Comics’ The Walking Dead.

I’m struck by a variety of emotions and thoughts! Early in the week, I kept reading online what I considered speculation about what was going to happen in The Walking Dead #193. “The book is ending with this week’s issue!” I heard from several friends with close connections to those who would know.

As per usual, I took it with a grain of salt. The Internet has been wrong before, you know!

However, when Wednesday arrived, so did that landmark book. Even as an enlarged issue, it still sold for only $3.99, the book’s usual price.

Of course, collectors scrambled to get more copies of this issue. Let’s face it—The Walking Dead has been something of a phenomenon, particularly when it came to the comics world. After all, a black-and-white book about zombies that was popular? Unheard of!

As I think back, though, all the signs were there. Robert Kirkman had killed off Sheriff Rick Grimes just before that, and I wondered what he’d do with the book after that. I found the last several issues to be, well, pretty repetitive. Another Alexandria-like city with a leader who was not quite together and had a son who was spoiled? Yeah, I’ve read that before!

I had told my LCS that #200 of the book would be my last. The owner had said that sales were falling, and I wasn’t the only one to say they would end buying it at that number. Little did I know that the book would leave me before I left it!

She told me that Diamond Distributors was furious with how Kirkman and Image had made this happen. Now they have to sell two books with reprints, she said. That’s not something that would bring a lot of sales to her store. Hey, even I told her I didn’t want #194 or #195 even though they had been solicited.

So ends an era in the comics universes! With something of a surprise, not an explosion.

FOR SOME, AN EXPECTED ENDING

There have been many theories about what was actually happening in The Walking Dead.

Personally, my favorite was the Dallas-style ending. You know, Rick was still unconscious after the initial accident, and the comic was always his unconscious mind’s imagination running wild.

Others thought the book was an accurate telling of what had happened. I think those folks got discouraged when Rick was recently killed, though.

A lot of people, though, had it right, that it was Carl telling someone the story of his father all along.

Hats off to those who called it correctly! It’ll be fascinating to see how many people also leave the AMC TV version behind as well. Ratings for the show had been tumbling, so I wonder if people who were anchored in the comics will consider the story done and also stop watching the tube program.

I never got into Fear the Walking Dead, the spin-off. I had heard there was another program spinning out of The Walking Dead, but I wonder if all that will crash and burn now. We’ll see.

Speaking of the TV version, it has seriously veered off the trail blazed by the comics. For instance, Carl is long dead and Rick is no longer part of the show. Rick had a relationship with Michonne instead of Andrea there as well.

There was supposed to be movies starring Rick, I understand. Now that’s all up in the air, if it was ever a real thing!

I imagine the TV series will end with Rick’s daughter being the one telling his story now since Carl is long gone there. That’s what makes sense in the current continuity. I’ve often related the story of how I got into The Walking Dead. I’ll tell it one last time, and more briefly.

I was at a comics store I shopped at frequently when I had some money left over. I asked the owner to recommend a series to me. He said I should be reading The Walking Dead.

I said that was crazy talk, a black-and-white zombie book? But I bought the first trade anyway. I was back the next day for more, and I was hooked, buying the comic regularly and watching the AMC show.

I enjoyed the comic because I felt it had a lot of surprises and twists along the way. I liked the characters and followed the stories with interest. It was something different to see a TV series based that closely on a comic, but I was always much more interested when Daryl appeared because he wasn’t in the books. I didn’t know what would happen while he was on the screen.

It’s kind of a sad thing to me whenever a comic reaches its conclusion, especially one as influential as this one has been. I love to read a good story with intriguing characters, and I felt The Walking Dead was compelling and surprising. I doubt that I’ll keep up with the AMC series now. Farewell, Rick and the gang! It’s been a fascinating ride!

What do you think? Did The Walking Dead end appropriately? What will happen to the franchise now that the comic has ended? Will you watch the TV show and its spinoff?  Whatever your opinions, please be sure to share them in the space below!