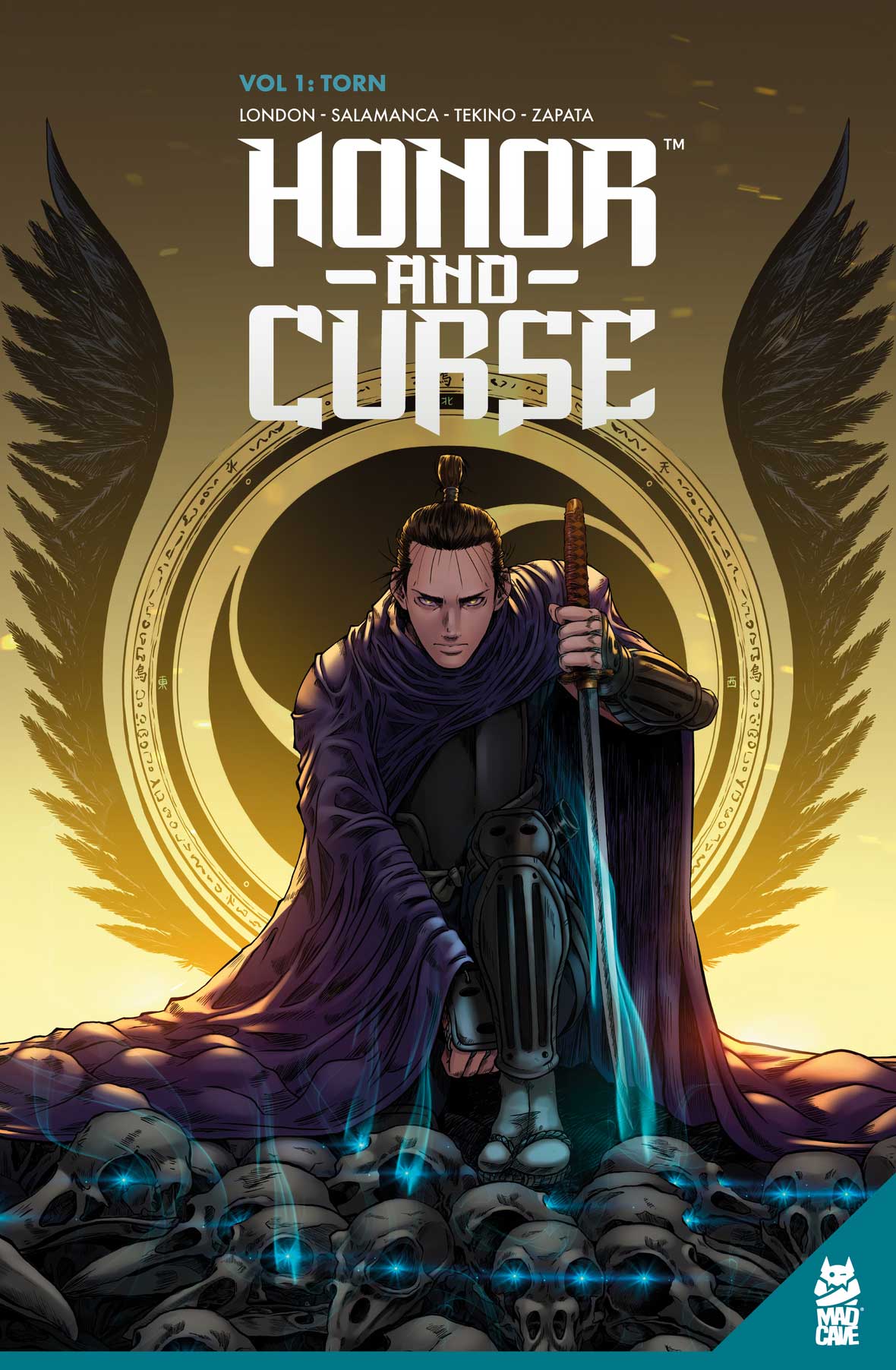 Mad Cave Studios has released the solicitation information for titles arriving in September 2019. Honor and Curse Vol. 1 Torn
“Honor and Curse Volume 1: Torn collects all six issues of the smash-hit supernatural, shinobi series from Mad Cave Studios in this sharp trade paperback. Follow Genshi as he struggles to come to terms with the demon inside him, a forbidden love’s crazed father, and a fate yet to be determined. Complete with exclusive back matter, this is the perfect way to get caught up on the latest hit from Mark London, Nicolas Salamanca, and Tekino.” “After the massacre outside of Ft. Worth, the freak show makes its way to the cemetery where all freaks are buried; Show’s End. Upon their arrival, the group bonds over Flipsy’s death and accepts Loralye into their family. Meanwhile, the sinister Captain Corley prepares to revive his old show.” “Everything has led up to this, from the Dire Beast saga, the events at the Skeleton Maze, to the Battelcats’ current trials at North Blade. Tensions reach a boiling point between our heroes as they prepare for their final trial before the start of Rorinhal. Meanwhile, King Eramad’s worst nightmare become a reality.”