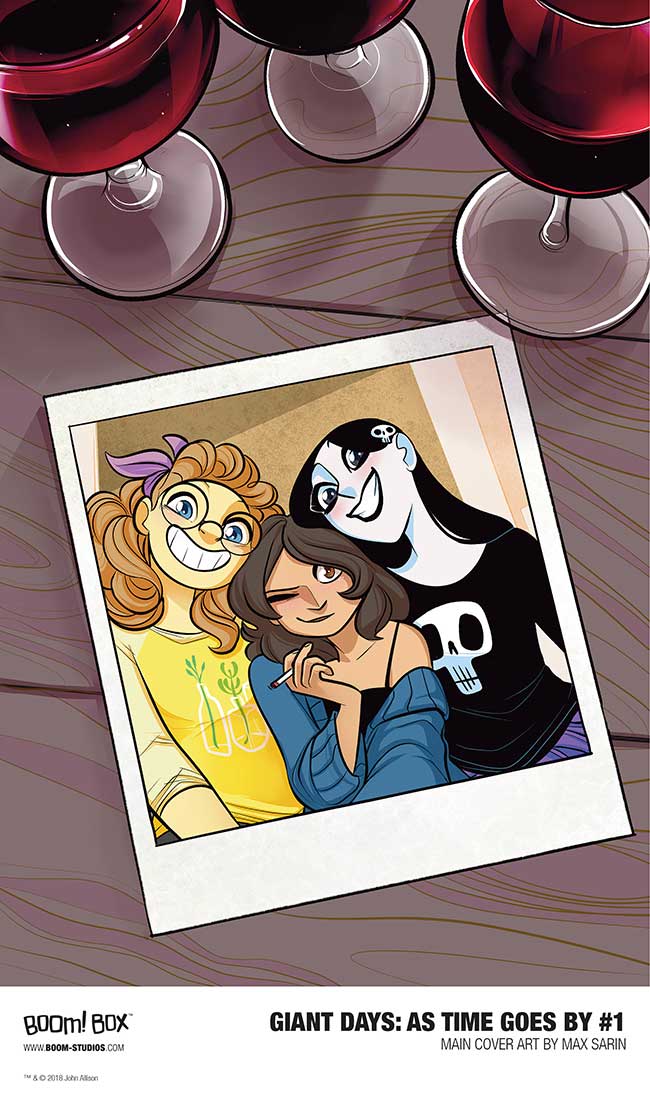 BOOM! Studios has announced Giant Days is ending, and the creators are wrapping the series in Giant Days: As Time Goes By #1.

The oversized one-shot comic book issue concludes the Eisner Award-nominated series by creator John Allison (Scary Go Round) and artist Max Sarin, giving fans one final adventure with Esther, Daisy, and Susan after they’ve graduated from Sheffield University, and will be available in stores October 2019.

Where are they now? Well, fourteen months after graduation, Esther, Susan, and Daisy have moved onto different careers, friends, and lives, and it’s safe to say that things aren’t quite the same. Their reunion in Sheffield is their chance to reconnect and rebuild the close-knit best friendships they all had while at university, but Esther’s a publishing muckety muck in London now and not sure she can make time for her old friends.

Will she be able to escape the time-sucking vortex of her vampiric co-workers, the Cressidas, and their awful influence long enough to make the reunion? Will Susan and Daisy ever forgive Esther if she doesn’t show up? Is this the absolute end for our favorite Sheffielders? And what’s McGraw doing all day at the local key shop? So many questions, so little time AS TIME GOES BY in this double-sized special finale issue. “This comic has always been about small moments and big catastrophes, so going out with a double-sized special gives me a chance to do plenty of both. It’s impossible to please everybody when you’re saying goodbye, but heaven knows, the GIANT DAYS team are going to try.” said creator, John Allison.