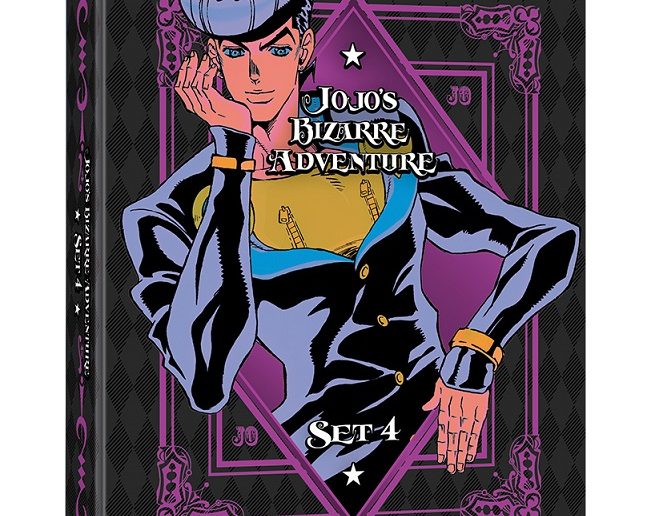 VIZ Media has released a list of anime and manga titles that are scheduled to arrive during the month of July 2019. JOJO’S BIZARRE ADVENTURE SET 4: DIAMOND IS UNBREAKABLE Part 1
Limited Edition Blu-ray & Standard Edition DVD Sets
Blu-ray MSRP: $69.99 U.S. / $81.99 CAN · DVD MSRP: $39.99 U.S. / $51.99 CAN
Available July 2nd
It’s 1999, and Jotaro Kujo has just arrived in the idyllic Japanese town of Morioh—only this time, he’s not hunting DIO and his henchmen. His search for the illegitimate child of Joseph Joestar has brought him face-to-face with Josuke Higashikata, a Stand-wielding, butt-kicking high schooler who happens to be afraid of turtles. But behind Morioh’s tranquil facade is an invisible evil slowly eating away at the peace and well-being of its residents. Bizarre happenings are becoming commonplace, and the Joestar clan must rise to the occasion if they and the town of Morioh are to survive.

POKÉMON THE SERIES: DIAMOND AND PEARL COMPLETE SEASON
DVD MSRP: $44.98 U.S. / $52.99 CAN · Available July 30th
If Gary Oak is headed for the Sinnoh region, then Ash Ketchum won’t be far behind! Ready to take on the Sinnoh League, Ash brings along Pikachu and meets up with Brock in Sinnoh, where the pair of Trainers are soon joined by a third—Dawn, a novice Pokémon Coordinator determined to follow in the footsteps of her mother. Both Ash and Dawn struggle with their respective paths, but it’s easy for them to make new friends, gaining new Pokémon like Turtwig and Piplup. BEASTARS by Paru Itagaki
MSRP: $12.99 U.S. / $17.99 CAN / $8.99 Digital · Rated ‘T+’ for Older Teens
Available July 16th
At a high school where the students are literally divided into predators and prey, friendships maintain the fragile peace. Who among them will become a Beastar—a hero destined to lead in a society naturally rife with mistrust? DAYTIME SHOOTING STAR by Mika Yamamori
MSRP: $9.99 U.S. / $12.99 CAN / $6.99 Digital · Rated ‘T’ for Teens
Available July 2nd
After arriving in Tokyo to live with her uncle, Suzume collapses in a nearby park when she remembers once seeing a shooting star during the day. A handsome stranger brings her to her new home and tells her they’ll meet again. Suzume starts her first day at her new high school sitting next to a boy who blushes furiously at her touch. And her homeroom teacher is none other than the handsome stranger!