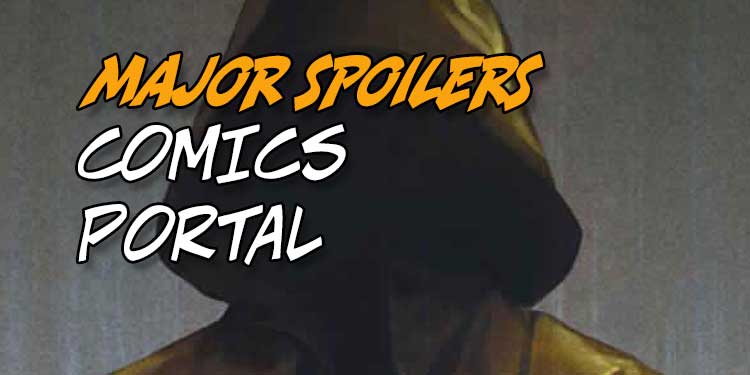 Comics companies have been working to expand their range when it comes to the books they’re offering.

Recently, DC announced that they are going to be offering what is called “a new pop-up line of horror comics to be curated by Joe Hill.” They’ll be called Hill House Comics.

I have mixed feelings when it comes to this, although I will be very interested to read the titles, particularly when they first come out. For more on this news, you can go here at MajorSpoilers at this link.

Horror has been a growing genre in the past several years. Hill, who is probably best known among comics fans for Locke & Key, said this in the aforementioned release:

At Hill House Comics we aim to shock the senses and soak the page in red, with new, hooky horror from seasoned old hands and young masters of the field, all set free to share their most disturbing nightmares…for your pleasure!

The announced books will include Basketful of Heads, The Low, Low Woods, The Dollhouse Family, Daphne Byrne, Plunge, and a backup story named Sea Dogs. The Heads book will be first, arriving in October. For more about them, go to the link above.

Comics are largely known for superheroes, but if you aren’t in DC or Marvel (or possibly even Image), you aren’t likely to be able to release a story in that genre because they seem to have a lock on them. That’s where horror comes in.

A lot of comics companies consider horror to be an open genre in that anyone can tell that kind of story. Locke & Key was published by IDW, for instance.

DC has been widening their focus a lot recently, with young adult graphic novels and now horror. They aren’t content to do just superheroes any longer, it seems.

I’ve read several of their young adult GNs, and I think they’re off to a great start. It’s encouraging to see them also moving more into horror, which had been a type of story DC had been known for in the past, with such titles as House of Mystery.

I’m going to watch Hill House Comics with great interest as they come out.

GIVING UP SOMETHING TO GET SOMETHING

This news is tempered with some sadness for me in light of the recent shuttering of Vertigo.

Many people have written about the wonderful and downright spooky stuff Vertigo made happen. I won’t go into that here, but I’ll just say that Vertigo told stories no other comics company dared to tell.

However, the recent attempt to return Vertigo to its glory days just didn’t work out for many reasons. Again, others have delved into those things more than I can here.

The thing is, Vertigo will be missed, believe me.

Granted, it’s extremely cool to have Mr. Hill “curate” a horror line of comics, whatever that means. He’s proven his ability to tell great stories on his own, never minding that he’s the son of Stephen King.

I imagine we’ll see other imprints coming under DC in the months ahead, but I’ll always have a soft spot for Vertigo. Each announcement will remind me of those amazing comics, at least for a while. I’m reminded of a one-shot DC published back in 2017 called DC House of Horror. It was described this way:

An all-new, all-creepy one-shot set in the DC Universe—just in time for Halloween! Martha Kent fights for her life against a creature from a spacecraft that lands in front of her farmhouse. A young woman is possessed by the spirit of a murderous Amazon warrior. The last surviving member of the Justice League faces down a horror beyond imagining. All these and more are what happens when the most exciting new voices in contemporary horror fiction are paired with the talents of some of the greatest artists in the DC firmament! And if that isn’t enough to scare you, there’s Keith Giffen, too.

I really enjoyed that book because it was a different take on the DCU. I’ve been hoping they would make another one of those, although it doesn’t seem like they’ll do that this year. If they will, they need to announce it soon!

I fear that Hill House Comics might be the way DC plans to scratch that horror itch for some time to come. If so, I’ll miss seeing DC’s heroes and other characters facing the horrible and terrible every once in a while.

Hopefully, that won’t be the case. Halloween is getting to be a big deal in comics, what with the Free Comic Book Day’s little sister called Halloween Comic Fest on the rise. That holiday is an ideal time to tell scary stories, and I imagine that’s why Hill House Comics is debuting in October. Makes sense to me.

Horror is one of those genres that never goes away because we like to be scared. Mr. Hill has already done a good job of that in the past, so I think DC has a winner on their hands with Hill House Comics. Hopefully, they’ll take advantage of Halloween Comic Fest as well to get the word out!

What do you think? What do you think of Vertigo leaving the comics shelves? Will you buy Hill House Comics? If so, why? If not, why? Whatever your opinions, please be sure to share them in the space below!