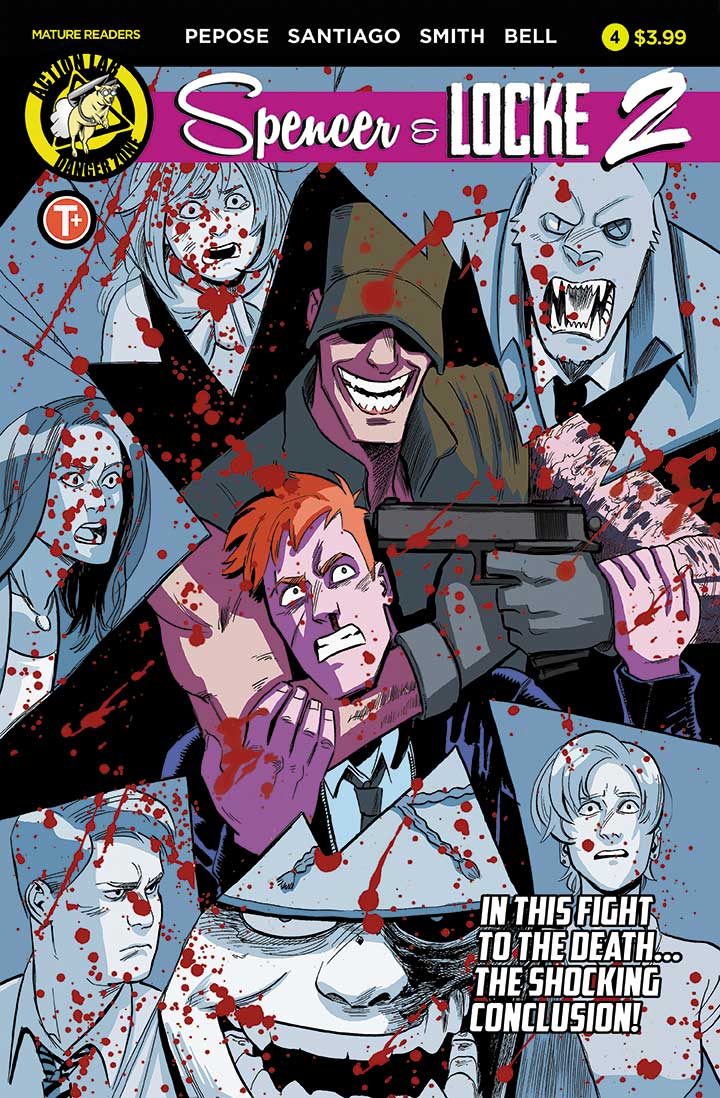 The sequel to the Ringo-nominated crime saga reaches its epic finale in SPENCER & LOCKE 2 #4! Clawing back from the edge, Spencer and Locke make their final stand against the merciless Roach Riley. Can these unlikely partners overcome their demons long enough to stop this reign of terror? Or will Roach have the last laugh after all? Find out in the thrilling conclusion to writer David Pepose and artist Jorge Santiago, Jr.’s hit series in SPENCER & LOCKE 2 #4, arriving in comic shops and on digital devices July 3, 2019!