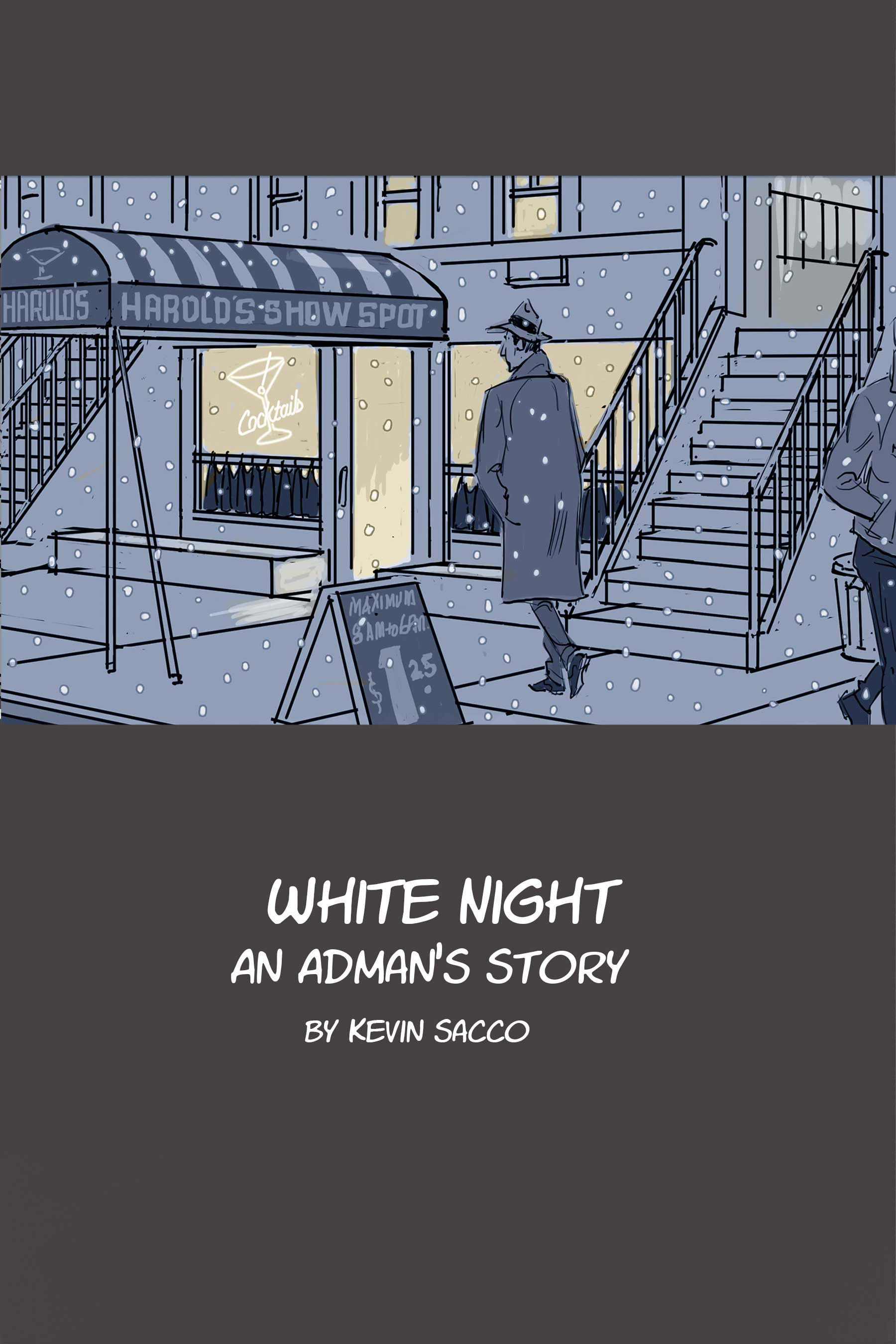 According to the publisher, White Night is a mix of fiction and biography as Sacco pays homage to his father Joe Sacco.

“My father believed in the “Eureka.” explained Sacco, defining it as “The moment arrived at after copious research and brainstorming. This story is my guess about one of his “eureka” moments. I’ve changed his name in this story to Zeppo Abandando to pay homage to the protagonist of his never published novel“ two cents cheaper. Readers of a certain age will recognize the ad campaign that Sacco’s father was working on.