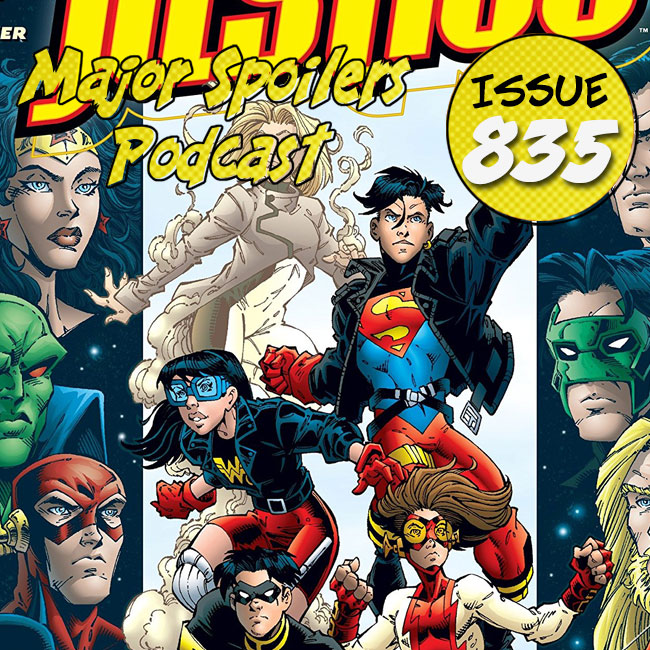 It’s Just Us this week, as we take a look at Young Justice Volume 1, talk J.J. Abrams on Spider-Man, and review Flash #73 and Mighty Morphin Power Rangers #40!

STEPHEN
FLASH #73
Writer: Joshua Williamson
Art: Howard Porter
Publisher: DC Comics
Cover Price: $3.99
Release Date: June 26, 2019
"The Flash Year One" continues! As our hero picks up the pieces from his disastrous defeat at the hands of the Turtle, the rise of the Rogues in Central City gives the Flash renewed resolve. But Barry is still learning to master his abilities, and while an experienced speedster might know how to outrun a gun, this time he may not be so lucky...

Last year, Shattered Grid made comic book history-this year NECESSARY EVIL changes what you think you know about the Power Rangers with a reveal that will have everyone talking!

The all-new team of creators from record breaking Power Rangers; Shattered Grid; Ryan Parrot and Daniele Di Nicuolo present the return of the Mighty Morphin Power Rangers-but what happened to the universe after the defeat of Lord Drakkon, and what do our Rangers remember?

YOUNG JUSTICE BOOK ONE
Writer: Various
Artist: Various
Publisher: DC Comics
Batman. Superman. The Flash. The incredible members of the Justice League of America cast a long shadow, and the members of Young Justice are eager to step out of it. Robin, Superboy and Impulse want to prove to their superhero mentors that they’re capable of tackling super-villains on their own. Under the guidance of the stoic, wise Red Tornado, the three teen heroes begin their quest to make a name for themselves, apart from their famous friends.

When the team gains three new members-shy but powerful Wonder Girl, champion archer Arrowette and mystical Secret-Young Justice is ready to take on one of the toughest foes the universe has ever seen: the giant tyrant Despero. But it’s a race against the clock: if Young Justice can’t work together and defeat Despero within 22 minutes, the Justice League will disband Young Justice permanently. Can the team come together to stop Despero’s reign of terror, or will Young Justice be separated forever?