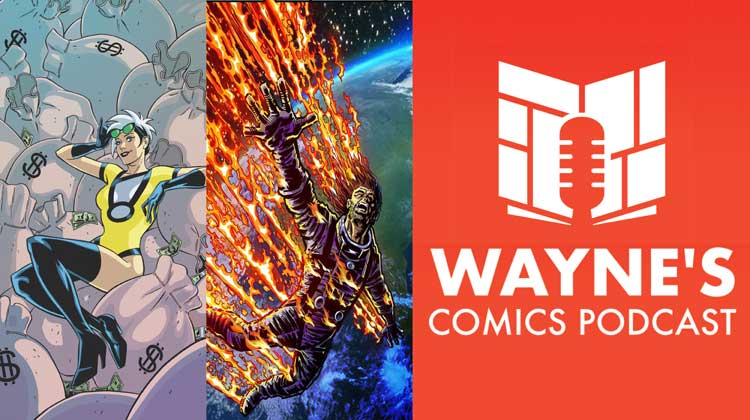 I hope you’re ready for another double-header and Kickstarter week because Episode 387 focuses on two excellent projects I hope you will support! First up is comics creator Karl Kesel, who has Impossible Jones, a high-quality graphic novel you can now support on Kickstarter by going to impossiblekickstarter.com! This book is about a female thief who gets super powers and is now considered a superhero, so she goes along with it! We talk about how he brought this story to life as well as what we might expect from them in the months ahead, including more Section Zero. This Kickstarter has been doing well, so now is the perfect time to jump on to get great stretch goals!

Then everything wraps up with my discussion about Kayless Issue #1 with writer Brent Larson from Silverline, the comics company that is making this Kickstarter happen! Here’s the series’ quick description: “In 1967, Scott Anders rocketed into space on a secret, CIA-sponsored mission referred to as the Kayless Project… to investigate an astronomical anomaly known only in the darkest corridors of the U.S. Government. Three days later all communication ceased. The project, seen as an embarrassing and costly failure, was erased from history and forgotten. Until today, when Scott mysteriously plummets to earth and emerges, unscathed, and hellbent on one purpose… to return to the anomaly in space.” We talk about how the book came to be, discuss the comic’s fascinating story, and what the future might hold for Kayless. It’s an excellent science-fiction story worthy of your support, so I recommend you go to Kickstarter at this link after you listen to our interview!