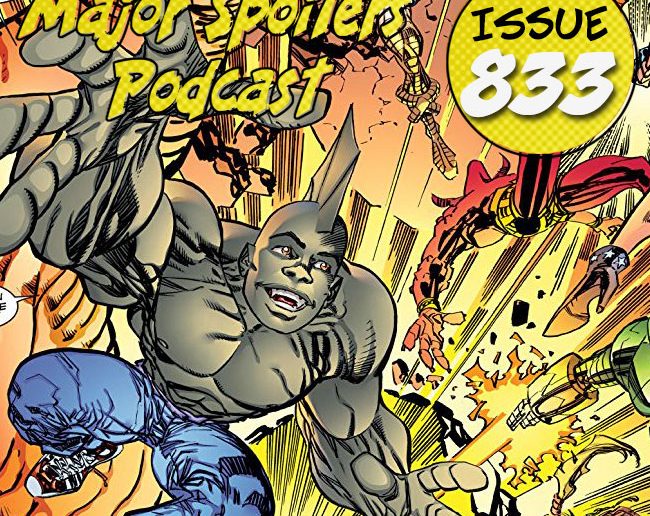 Why On Earth Was DC Universe’s Swamp Thing Cancelled After One Episode?

Something weird is going on over at DC Universe, a streaming service that never seemed like all that great of an idea to begin with, but may not be long for this world. At least not in its current form.

STEPHEN
EVENT LEVIATHAN #1
Writer: Brian Michael Bendis
Artist: Alex Maleev
Publisher: DC Comics
Cover Price: $3.99
Release Date: June 12, 2019
The groundbreaking and always-inventive team of writer Brian Michael Bendis and artist Alex Maleev (Jinxworld’s SCARLET, Marvel’s Daredevil) reunite on a mystery thriller that stretches across the DC Universe and touches every character from Batman to Superman to the Question to Talia al Ghul. With startling ease, a newly dangerous and aggressive Leviathan wipes out all its competition and now turns its sights to molding the world into its vision of order. Can the new threat’s growth be stopped…and who’s guiding its new agents of chaos?

Liard Mason, a disgraced former superhero, is diagnosed with terminal cancer, brought on by years of using his powers. Defending what he has deemed an ungrateful and ultimately unworthy city is literally killing him. With just months to live and a legacy hanging in the balance, Mason launches a violent and misguided Death Wish-like campaign to purge the city of supervillains before he dies.

RODRIGO
GODZILLA: KING OF THE MONSTERS
Release date: May 31, 2019 (USA)
Director: Michael Dougherty
Members of the crypto-zoological agency Monarch face off against a battery of god-sized monsters, including the mighty Godzilla, who collides with Mothra, Rodan, and his ultimate nemesis, the three-headed King Ghidorah. When these ancient super-species-thought to be mere myths-rise again, they all vie for supremacy, leaving humanity’s very existence hanging in the balance.

ASHLEY
ALWAYS BE MY MAYBE
May 31, 2019
Director: Nahnatchka Khan
Starring: Ali Wong, Randall Park
It stars Wong and Park as childhood friends from San Francisco who have not been in touch since a brief teenaged fling ended badly. In the 16 years since, they have grown up in vastly different circumstances: Wong’s character, Sasha, is a celebrity chef while Park’s Marcus is still living in his childhood bedroom and working for his father’s air conditioning service, his life largely frozen since his mother’s premature death. Sasha and Marcus reconnect when Sasha returns to San Francisco to open a restaurant and romantic chemistry from their teenager years remains, but Marcus’s fears and Sasha’s fame and demanding career challenge their relationship.