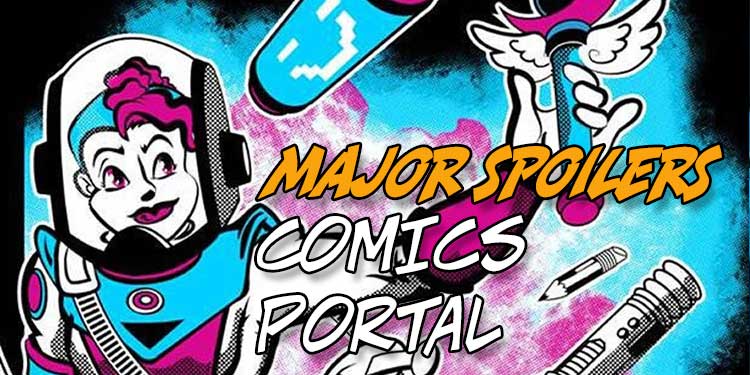 This past weekend was a particularly busy one, with several comic conventions held in different parts of the country.

I was with Scout Entertainment and Richard Rivera from Stabbity Bunny as we attended the one-day SWFL Space Comic & SciFi Con in Fort Myers, Florida. It took place on Saturday, June 8 from 10 a.m. to 6 p.m.

There was a particularly good turnout in the early part of the con, and it got me thinking that bigger isn’t necessarily better, especially when it comes to cons.

SO HOW WAS THE CONVENTION?

This was the third year for the convention, and they reduced it from a two-day to a one-day con since Sunday apparently didn’t attract as many as they hoped for last year.

It was held at the Araba Shrine Event Center in Fort Myers, and the activities were held in different sections of the building. The dealers area was where I spent most of my time, helping with transactions and questions.

The folks running the convention were great, always checking in with stars and other people there to see if there was anything they could do. They provided water and snacks as well, which helped everyone get through the day.

There was also a lot of parking, something some cons struggle with, which helped people get in. The admissions price was very reasonable — $15 for general admission, with kids 5-12 only $5.

I liked their choices for guests, including artist Bob McLeod, several TV and voice stars, and local comics creators. They were all very accessible.

The attendance in the dealers area did seem to lighten the longer the day went on, with many folks heading off to dinner before the con closed at 6. They had a costume call at that time, and there were some great entries!

WHY SOME WERE MORE SUCCESSFUL There has been lots of discussion in the last few years about whether a bigger con, such as New York or San Diego, is better than a smaller con, such as this one.

When I talk with creators, some have stopped going to the bigger cons because they often have very little time to talk with fans. They often feel that being able to talk with the folks who support them is very important, and a way to reward them in some small way for their support.

On the other hand, when you have more people walking by, you might attract more people to check out your products, be they artwork or comics.

With SWFL, the format gave fans more opportunity to talk with the creators, stars and others. People really appreciated it, and they often supported the folks they were there to see.

The Scout creators, including Richard, had an excellent turnout of fans and others, and they supported the comics creators by buying what was for sale or offering encouraging words, among other things.

During a lot of the day, the Stabbity Bunny table was pretty active, and some were there because people had seen notice of Richard’s appearance on Facebook and on the comic’s website, among other places.

I came away really thanking fans who took the time and effort, as well as bringing their wallets, to be there. We saw many long-time fans of Richard’s efforts, for instance, and really appreciated their support. Because of them, we did well that day on many levels.

When I talk with creators for my podcast, they often express their concerns about the struggle they face due to time constraints. Is it worth it to use social media to get the word out instead of spending time, well, creating?

This may not always be so, but right now, social media is critical to creator success, I believe. Building a fan base and keeping them informed does take time, but it is so worth it! Most fans are understanding and very helpful, especially when they see you are making the effort to reach out to them and let them know what’s going on!

The days of simply showing up someplace unannounced and being successful are long gone! Personally, I think it’s good to go to conventions of many different sizes. Not every fan can afford to go to SDCC or NYCC, for example. But some may be able to attend SWFL, and they seem to truly appreciate a creator making the effort to reach as many fans as possible, and not only in the huge venues. For instance, I always appreciate Mr. McLeod’s kindness and openness with fans when he’s at cons both big and small, even giving some budding artists pointers on what could make them better at what they do!

Granted, you have a LOT to do at the bigger cons. But if you are interested in what a smaller con has to offer, you can participate much more. I thought the cosplayers are SWFL were really talented, and I thought they did a great job of providing their own creations as well as showing their talents by portraying characters they love in a variety of shows, movies and other media.

It all depends on your budget and what you want out of a con experience.

When you can go up to a star or creator you really appreciate and tell them what it is you like about what they do and not be rushed through a long line, that can be worth more to some fans than sitting in a big audience, which can feel somewhat impersonal.

Because I’m always searching for Indie comics and other creators to talk with on my podcast, I do enjoy all different sizes of cons. For example, I found some great, talented people at Awesome Con and Fan Expo Dallas this year that I hope to interview soon. I also came across some great creators at SWFL, so stay tuned!

I think it’s great for creators to make themselves available to fans in many different situations, so I always encourage them to be at local shows as much as possible, but also take in a big con or two whenever possible.

It makes fans of all kinds happy when you do that! It’s really worth the effort, I believe!

What do you think? Do you prefer larger or smaller comic cons? What could a convention do that would make their event more appealing to you? Do you go for the social aspects, to look for comics-related items to buy, or to reach out and express your appreciation to creators who make products you enjoy? Whatever your opinions, please be sure to share them in the space below!