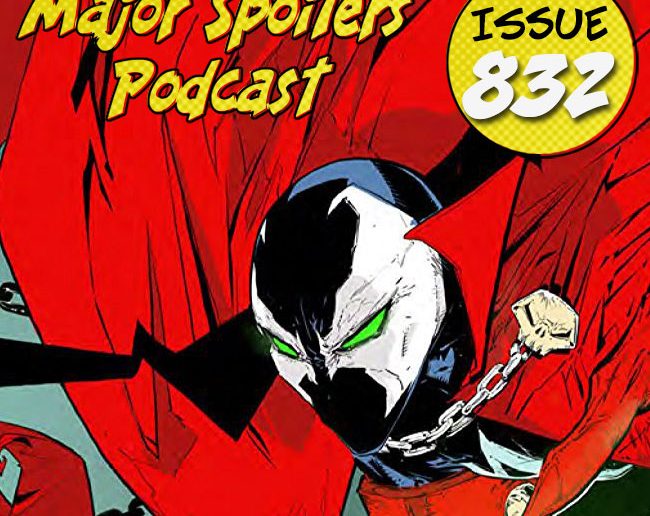 This week it is all about Spawn, Super Soldiers, and Jason Inman joins us to talk about both!

What’s going on with the Spawn movie?

‘Spawn’ Movie Update: Todd McFarlane Threatens to Walk Away If He Has to Change His Script Too Much

It’s been several months since we’ve gotten a Spawn movie update, but now Spawn creator and would-be film director Todd McFarlane has indicated that the project has hit a snag. Despite McFarlane saying “We’re going. Blumhouse, Spawn, badass, R [rating], it’s coming, get ready for it!

It’s time for bad guys to fear the dark again. More than two decades after his Image Comics superhero flopped on the big screen in 1997, Todd McFarlane is hard at work on another feature-length Spawn movie in the realm of live action.

The military in comic books: Comic book superheroes have been influenced by the true heroes of our armed forces for decades. They frequently recreate the actions of presidents, military leaders, and soldiers. From Captain America punching Hitler in the jaw on his very first cover, to The Punisher surviving the battle of Firebase Valley Forge, there are countless instances when the military has crossed over to the pages of comic books.

Soldiers and superheroes: A veteran of Operation Iraqi Freedom, Jason Inman re-discovered his childhood love of comic books during long days at the Tallil Air Base in southern Iraq. He couldn’t help but ask why so many comic books are filled with service members. Maybe it’s their loyalty to everyday citizens and the never-ending quest for justice. The men and women who lace up their books and sacrifice their lives know that battle can change a person. What kinds of soldiers were these fictional characters, and how were they changed by war?

Discover the super soldiers in Marvel comics, DC comics and beyond: Super Soldiers: A Salute to the Comic Book Heroes and Villains Who Fought for Their Country looks at the intersection between war and pop culture to understand these questions and more. Each chapter revisits military comic book characters and compares them to personal stories from Inman’s military career. Describing superhero soldiers from DC comics and Marvel comics, including lesser-known characters lost to time.

SPAWN ORIGINS VOLUME 1
Writer: Todd McFarlane
Artist: Greg Capullo
Publisher: Image Comics
Cover Price: $9.99
Featuring all-new cover art from creator TODD McFARLANE, SPAWN: ORIGINS, VOL. 1 reprints the stories and artwork that laid the groundwork for the most successful independent comic book ever published, including the introduction Spawn himself, and a number of other memorable and menacing characters. Collects SPAWN #1-6 HOLLYWOOD NEWS! Soon to be a major motion picture from Blumhouse Productions, directed by Todd McFarlane, and starring Jamie Foxx as Spawn and Jeremy Renner as Twitch.