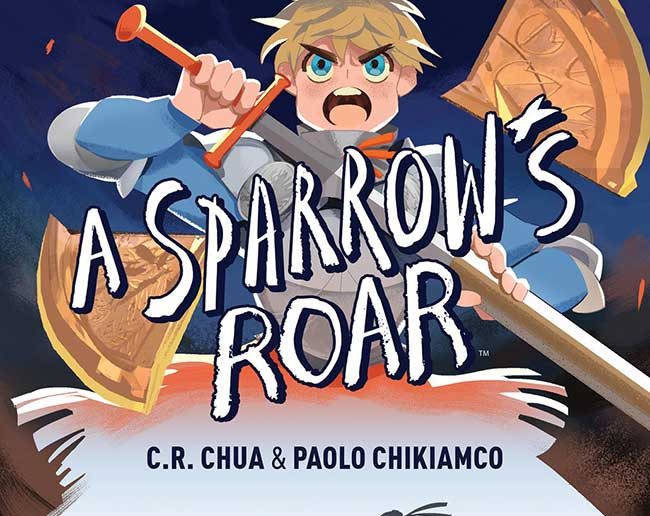 BOOM! Studios has released this first look at A Sparrow’s Roar, the latest OGN from C. R. Chua and Paola Chikiamco.

Per and her older sister Elena are both knights in the land of Esterpike. But while Per is a mere knight-in-training, Elena is a war hero and the revered commander of the most famous soldiers in all the land, the legendary Lions of Esterpike. When disaster strikes, Per must do the unthinkable and pretend to be her sister in order to travel to the capital and rally the troops against an incoming invasion that only she knows about. It’ll take all her strength, cunning, and a bit of help from her sister’s second-in-command, Amelia, to pull it off but with the fate of the people in her hands, Per has no choice but to step into Elena’s boots in order to save the kingdom. 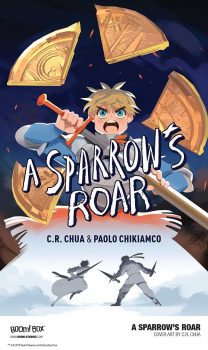 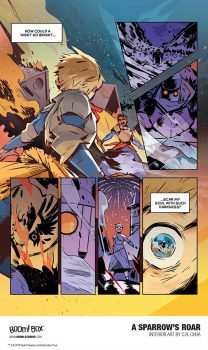 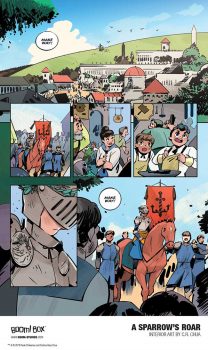 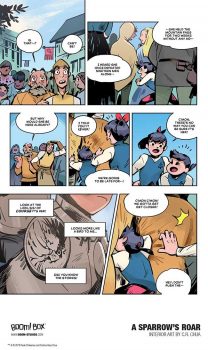 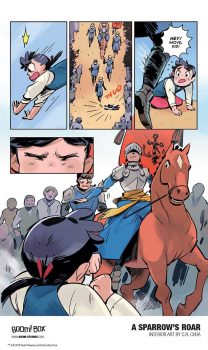 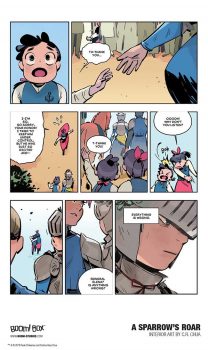 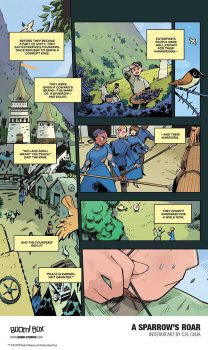 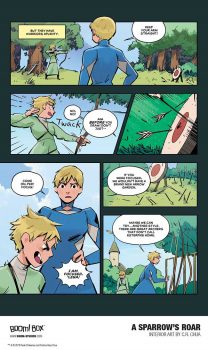 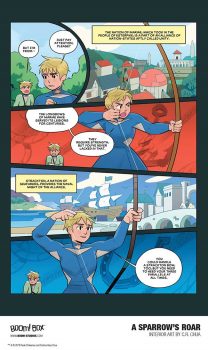 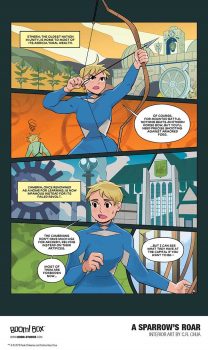 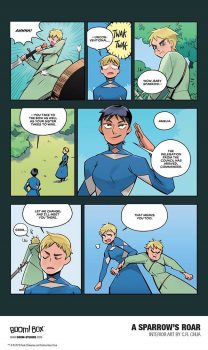 A Sparrow’s Roar is scheduled to arrive in October 2019.