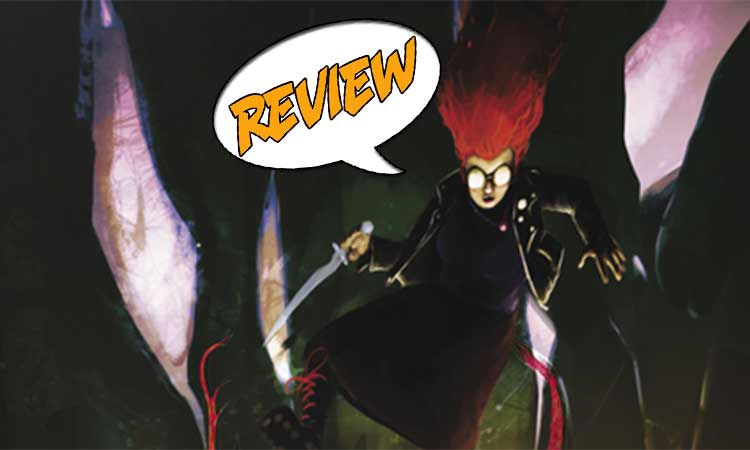 Monster of the Week – Tome of Mysteries Review

The new Tome of Mysteries has arrived from Evil Hat Productions! How well does it fit into Monster of the Week? Let’s find out in this review from Brian Bergdall (aka DnDBrian). Tome of Mysteries, edited by Michael Sands and published by Evil Hat Productions, is the first major supplement for Monster of the Week, a roleplaying game that reconfigures Apocalypse World’s system for the purpose of running episodic supernatural mystery stories in the vein of Buffy The Vampire Slayer or Supernatural. The Tome of Mysteries collects a motley assortment of material for use in your MotW games. Although this material is predominantly focused towards Keepers (the system’s designation for game moderators), players will also find a bit of content worth checking out.

Following a forward detailing the game’s history and development, the book opens on the first chapter “Rules”. This section is a collection of optional and additional mechanics for the system. Most significant of these are Alternative Weird Basic Moves. Monster of the Week had always included X-Files and Fringe among the properties that served as an influence on the rules. However, the Weird basic, which allowed all characters access to magic, was an odd fit for groups wishing to play such campaigns. The alternative moves for the Weird stat provide new moves to replace the standard Use Magic and allow players to further differentiate their characters. Similarily, the Weird Phenomenon Mysteries are invaluable in emulating such stories, as it provides a new framework for adventures where the root problems are a strange event, rather than monsters to punch in the face. Although many groups will prefer the more open approach that Flexible Investigations provides to asking questions from successful Investigate a Mystery rolls, I prefer the structure and flavor the original version provides.

The next chapter, “New Hunters”, is going to be of most interest to non-Keeper players, as it presents a selection of new playbooks to create new characters from or as a source of moves for advancement. The Gumshoe adds a bit of noir flavor to a party. The Hex is a magic heavy class that’s more practiced and controlled than The Spooky and less offensively focused than The Spell-Slinger, but still manages to have magic a chaotic force by struggling with its mishaps and temptations. The Pararomantic is a character focused on maintaining a relationship with some manner of creature, for those wanting to skew the system a little closer to Monsterhearts. The Searcher is a true-believer character wanting to uncover the story behind an initial paranormal encounter. These playbooks mechanically on par with those from the core rulebook, avoiding dreaded powercreep that can come from new player options.

A MENAGERIE OF MYSTERIES AND ENLIGHTENING ESSAYS

The “Advice” chapter brings several essays, predominantly focused on running the game under atypical situations. Here, game moderators are provided guidance on conducting games for conventions, work lunch breaks, one-on-one sessions, and Gothic campaigns. Although the topics of these articles can be fairly constrained, they do contain good advice that can be applied to a wide variety of games. The On-The-Fly Mayhem worksheet can be a great basis for formulating new mysteries, even if a Keeper doesn’t intend on running an improvisational session.

The final chapter, and a majority of the book, is composed of the titular “Mysteries”. These cover a wide range of creatures and events, from traditional hauntings of vengeful ghosts to paranormal science-fiction cataclysms. Not every mystery presented will be suitable for every campaign but there’s enough variety here that Keepers should be able to find something without too many alterations. Many of the mysteries contain their own custom moves, to provide mechanical structure to unique situations the scenarios construct. The Create Art custom move from the mystery “Heartbreak Blues” would be a great export to any Powered-by-the Apocalypse game where players strive to construct a masterpiece. Ultimately, I’m not likely to utilize any particular mystery whole-cloth, but reading through them does provides sparks of imagination and interest in getting my own game together.

The Tome of Mysteries predominantly a collection of adventures and essays from a variety of contributors. The art is similarly mixed, from comic-style illustrations with clean lines to rough sketches with ink stains. Although this does result in the writing and presentation varying in topics, tone, and quality, it’s overall a good source for those looking for more content for Monster of the Week. It’s an invaluable resource for anyone wanting to run a game downplaying supernatural elements. Other Keepers will find plenty of material to provide consideration and inspiration in their own adventures.

It's an invaluable resource for anyone wanting to run a game downplaying supernatural elements. Other Keepers will find plenty of material to provide consideration and inspiration in their own adventures.