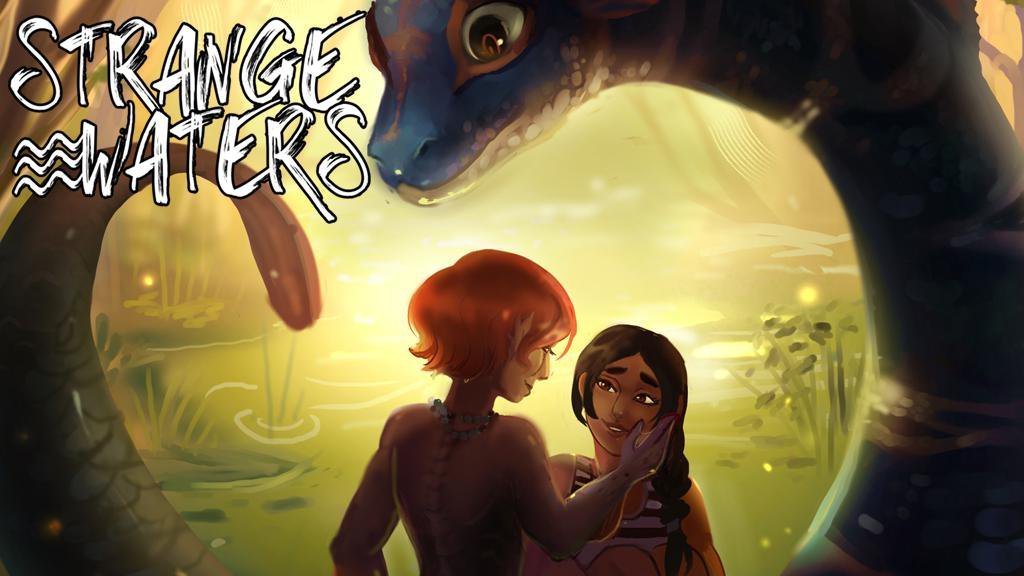 Arledge Comics is pleased to announce their acquisition of Strange Waters, a queer fantasy comic, from Haunted Cosmos Press. The acquisition was finalized earlier this week, where the publisher hopes to restructure the volume and turn the previously failed anthology into a success.

Strange Waters is an anthology that is incredibly on brand for Arledge Comics as the publisher strives to elevate queer voices, creators as well as stories. Although it had failed two Kickstarter campaigns, Arledge Comics is positive that with some restructuring of the anthology, it can become successful. The indie comics publisher will also be working closely with the original creators as they edit and restructure the volume.

“I discovered Strange Waters when a friend shared the project page. I’d backed the first Kickstarter and was sad to watch it fail twice. I saw a lot of potential in the project, and I really wanted to see it published. That’s when I started developing a plan to acquire the title,” Jenn Arledge, founder of Arledge Comics said, “Arledge Comics hasn’t been around forever, but we have a dedicated crew with a very strong track record both on and off Kickstarter. I’m excited to work with the writers and artists of Strange Waters to restructure the volume into a successful anthology.” Arledge also notes that they see great potential in the anthology.

Jenn Arledge and Bryce Beal will be the editors of the anthology, with other credits being given to previous editors of the Strange Waters anthology before the acquisition.

The guests for the anthology include the following:

Arledge Comics is an indie comics publisher based out of Washington and are committed to elevating queer voices, creators, and stories in addition to providing fair paying opportunities to comic creators.