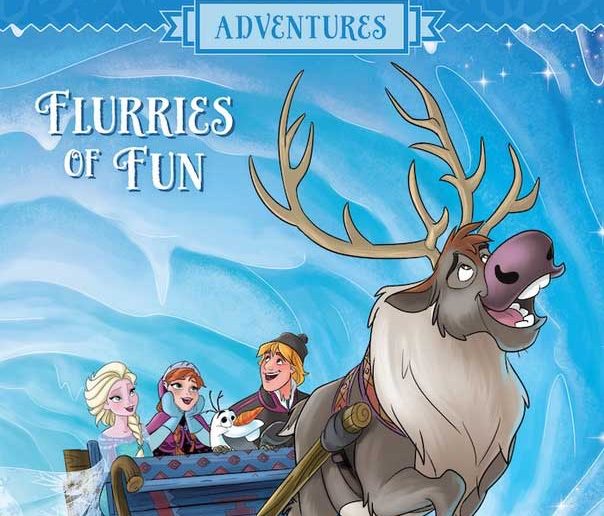 First up is Disney Frozen Adventures: Flurries of Fun from the creative team of Alessandro Ferrari, and Tea Orsi, and artists Emilio Urbano, Michela Frare, Nicoletta Baldari, Miriam Gambino, Veronica Di Lorenzo, and Marino Gentile. This is a 240-page collection of the previously released Frozen comics, and arrives in stores on September 3, 2019.

Dark Horse is also releasing a YA retelling of Frozen, which will arrive on October 1st, 2019.