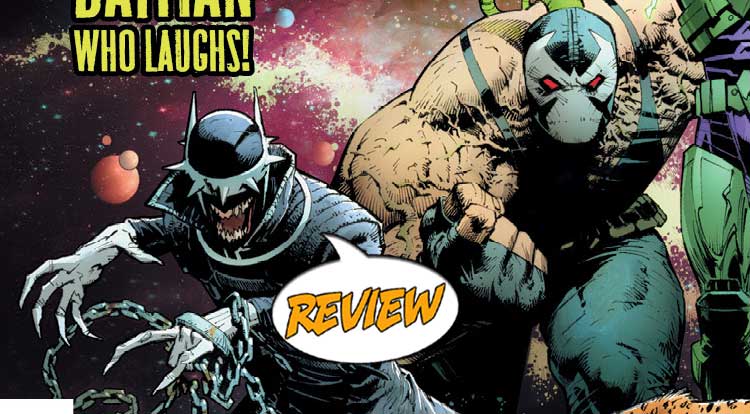 DC’s Year Of The Villain #1 Review

It’s about to break loose, and all the DCU’s worst villains are ready to capitalize!  Your Major Spoilers review of DC’s Year Of The Villain #1 awaits! DC’s YEAR OF THE VILLAIN #1

Previously in DC’s Year Of The Villain: Evil is winning!  Lex Luthor and The Legion of Doom conspire with Cosmic Gods, bending mankind toward a dark destiny.  Elsewhere, the scourge of Leviathan spreads unchecked, seizing power in every corner of the world.  And all the while the Batman Who Laughs busies himself in the shadows, aligned with no one-yet with sinister plans for all.

This issue opens with one of the most bombastic, melodramatic moments in comic book history, as Amanda Waller is called to the Oval Office to find The President being manhandled by Lex Luthor and his Legion of Doom.  Amanda is quickly taken down and her fate left undepicted, as the villainous pair of Luthor and Brainiac lay out the stakes.  Luthor has disassembled his entire empire, using his funds and technology to empower all the villains of the DCU, from Black Adam to Ra’s Al Ghul and back to finally rise up and destroy their heroic opponents.  The Justice League themselves are taken by surprise, thanks to a cosmic being called Perpetua, who wants to swing the pendulum from Justice to Doom, and every hero feels the pinch, including Batgirl (who seems to have been captured by an unseen foe), Captain Atom (who witnesses what seems to be the death of Luthor) and Batman, who opines that it’s time to call EVERYONE and prepare for a war.

A BUNCH OF TRAILERS

First and foremost, as a 25 cent coming attractions issue, I didn’t expect this issue to be much more than a setting of stakes, and on that level, it’s successful.  There’s a big double-page spread of a bunch of heroes that is pretty impressive and Cheung’s depiction of the Legion of Doom invading the White House is quite impressive.  Maleev’s chapter is less so for me, thanks to the presence of Merlyn and Green Arrow proving that he doesn’t know how drawing a bow and arrow works, but the hints of Leviathan in that chapter are interesting.  Things went south for me when it became clear that The Batman Who Laughs is a key part of this crossover schmageggi, overriding most of the good will I had for the story.  Moreover, by the end of the book, it has become clear that ‘Year Of The Villain’ is going to be less of a coherent story than a sprawling canvas, reminiscent of the old-school summer crossovers, leading me to wonder who the target audience for all this darkness and violence is going to be.

In short, if you’re already invested in the 90s style darkness and wild-eyed shouting of the modern DC Universe, this book may look like a guide to coming good times for you.  For my part, DC’s Year Of The Villain #1 is a fragmented narrative that requires knowledge of several ongoing stories for coherence, pulling together diverse threads of story with only the promise that terrible things are going to happen and the bad guys have the upper hand this time, slightly tied together with some strong art and a clear intention of more darkness and violence, earning 2 out of 5 stars overall.  Even if you’re more excited than I am about the stories to come, this is little more than a movie trailer that shows us who the players in the war of Justice and Doom are going to be.

DC's YEAR OF THE VILLAIN #1

There's not a lot of crunch for your quarter, but it does only cost a quarter. The hardest part of this book is the unwavering commitment to grimdark nonsense, murder and senseless chaos, and the presence of the execrable Batman Who Laughs.