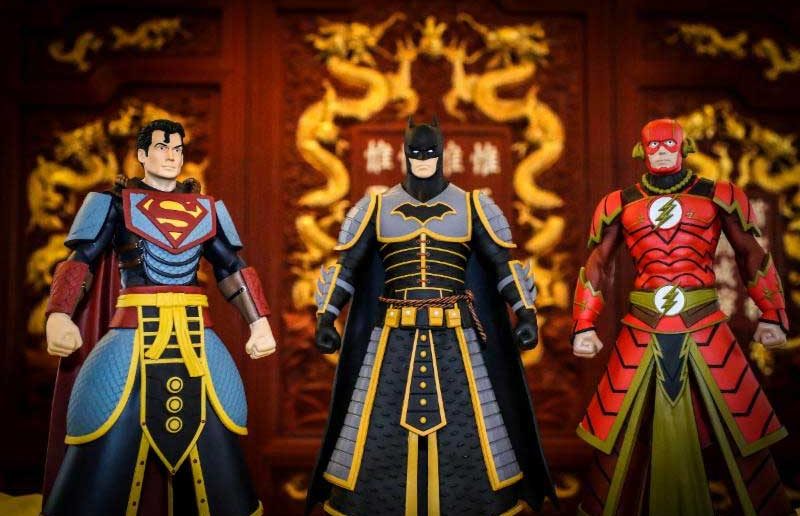 DC to release action figures based on China’s Imperial Palace

Pop Live Global together with Beijing Imperial Court Cultural Development Company and DC Comics have teamed for a new series of action figures that take familiar DC characters and gives them the imperial treatment. Guenther Hake, CEO of POP LIFE GLOBAL stated, “The deeply-rooted culture of creativity in our company is the foundation of our success and lies at the core of everything we do. This spirit of creativity inspires our collaborations with the world’s leading artists, leading entertainment brands like DC from Warner Media, and iconic heritage places like the Imperial Palace. With these products, we want to inspire young people in China to stay connected with the beautiful cultural assets the Imperial Palace is managing. Equally important, our mission is to bring China’s rich cultural heritage to a new generation by being at the forefront of creativity and innovative designs, based on and inspired by the Imperial Palace’s art and treasures.

The figure line will include Batman, Superman, Robin, Death Stroke, Wonder Woman, Night Wing, Joker, Harley Quinn, Green Lantern, Arrow, Flash, and Aquaman, and are part of a larger collection of toys, apparel, and other merchandise. These figures pay homage to the ancient Chinese warriors and soldier armors inspired by the museum collections from the Imperial Palace archives. The retail launch is expected to happen in June 2019.