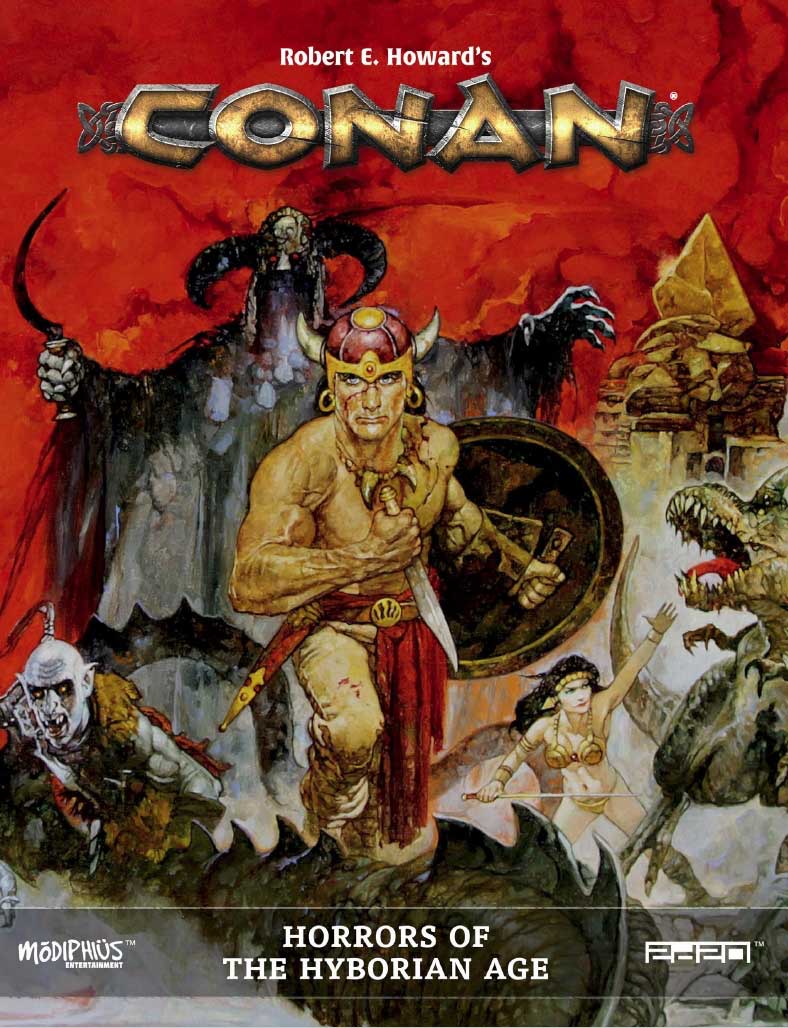 Modeiphius Entertainment has released Horrors of the Hyborian Age, a new sourcebook for the Conan Adventures in an Age Undreamed of RPG. Horrors of the Hyborian Age is the definitive guide to the monstrous creatures inhabiting the dark tombs, ruined cities, forgotten grottos, dense jungles, and sinister forests of Conan’s world. This collection of beasts, monsters, undead, weird races, and mutants are ready to pit their savagery against the swords and bravery of the heroes of the Hyborian Age.

Drawn from the pages of Robert E. Howard’s Conan stories, this roster also includes creatures and alien horrors from H.P. Lovecraft ’s Cthulhu Mythos, to which Howard inextricably bound his Hyborian Age. Other entries are original, chosen carefully to reflect the tone and dangers of Conan’s world.

You can get Conan: Horrors of the Hyborian Age is available in print from the Modiphius.net website and on DriveThruRPG.com.