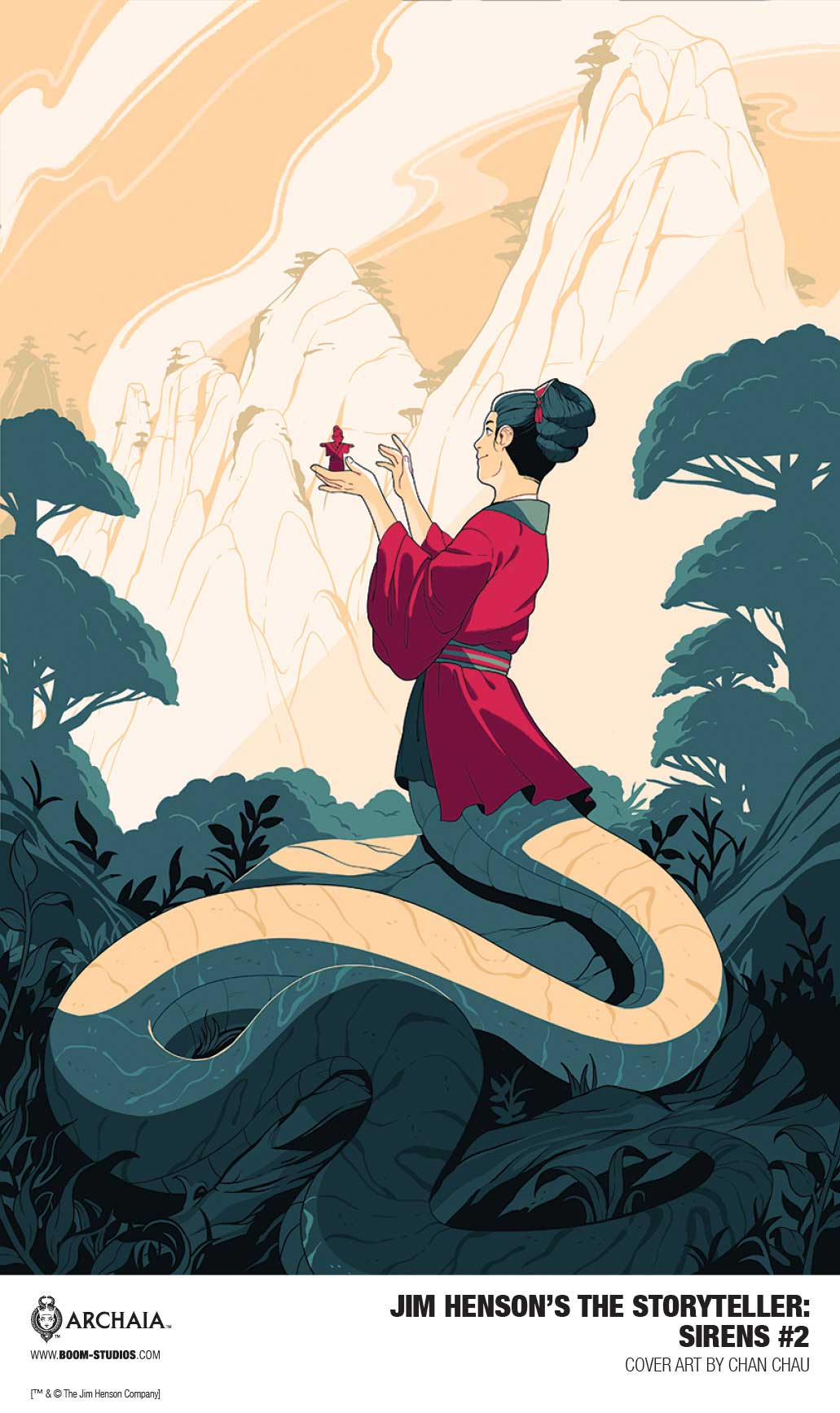 BOOM! Studios has released a first look at the upcoming Jim Henson’s The Storyteller: Sirens #2 by Chan Chau.

JIM HENSON’S THE STORYTELLER: SIRENS #2, from cartoonist Chan Chau, introduces readers to the goddess Nuwa, a shapeshifting snake deity who traveled the world at its creation when the earth and trees and air were perfect and brand new. While Nuwa had the whole world at her disposal, able to scale mountains and visit oceans whenever she pleased, she found herself overtaken by loneliness. And so began the creation of animals and people, and the start of human life and love.