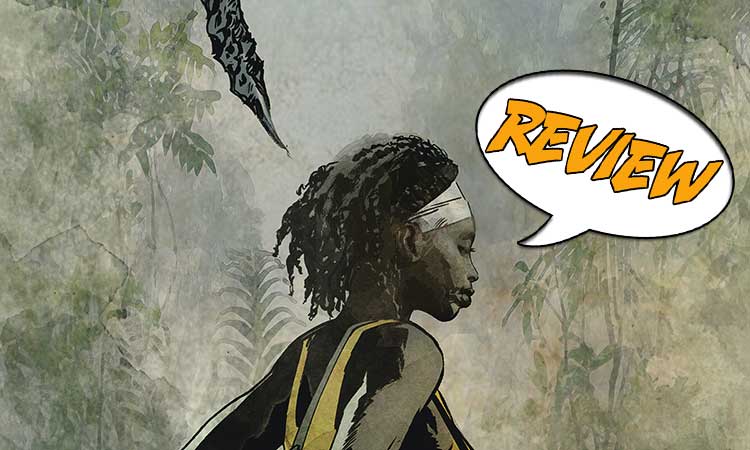 Lots of fun to be had as Ripley and Hendricks battle the machinations of Weyland-Yutani while the Xenomorphs go on a mass killing spree. The cliffhanger complicates matters for our heroes, so there’s plenty to look forward to in the next issue!

Weyland-Yutani is up to its old tricks, and Amanda Ripley and Zula Hendricks are on their trail. The lives of thousands of colonists are in the balance as the Xenomorphs are unleashed. With a homicidal AI in orbit, can Ripley’s daughter and her resourceful friend survive long enough to indict Weyland-Yutani? Find out in our Major Spoilers review of Alien Resistance #3! Previously in Alien Resistance: Zula Hendricks, survivor of the Aliens: Defiance mini-series and Amanda Ripley, in turn a survivor from the video game Alien: Isolation, team together to understand what plans Weyland-Yutani have for a ship load of colonists, and the Xenomorphs they have spent years attempting to weaponize. Teaming up, the duo follows the colony ship, the Gaspar, before finding themselves in freefall towards the moon’s surface. Assuming they survive, will they live long enough to find out what Weyland-Yutani are really up to?

The Alien movies are really a tale of female empowerment in the face of corporate hostility and the faceless horror of a monster than never stops. Throughout the movie series, we see female characters brought to the fore, whether it is Ripley herself, or Newt, or Annalle Call, a synthetic who sides with Ripley against her creators.

So, it’s no surprise that Brian Wood follows that template in Alien Resistance #3, creating two strong female leads in the shape of Amanda Ripley and Zula Hendricks, characters who featured in previous comic series and videogames. While the plot requires the leads to survive for as long as possible, it is good to see they do so using their wits, and not simple blind luck or chance. An atmospheric re-entry in the wake of the crash landing Gaspar is deftly handled, with the available technology used to survive the rigors plausible in the circumstances.

With the available cast limited to faceless colonists, an AI named Davis One and some silent Weyland-Yutani synthetics, the balance of the story rests with Ripley and Hendricks. Both are scarred with their previous Xenomorph encounters, Ripley particularly so as she hid away after the events of the video game. We see a firm friendship begin to blossom in Alien Resistance #3, with some nice dialogue, refreshingly macho free, between the two.

LET’S GET READY TO RUMBLE

But of course, you’ve all come for Alien action! There’s some in this issue, with a very nicely staged firefight on a rock in a sea of grass depicted by artist Robert Carey. There’s a real feel of a kinetic encounter here – panel layout and artwork all combine to push the action forward, with leaping Xenomorphs and gun-wielding humans showing their best in the brief encounter.

In the main, though, Alien Resistance #3 is about developing the characters, deepening the mystery of Weyland-Yutani’s intentions, and Brian Wood never taking his hand off the throttle in the lead up to the cliffhanger. This issue is very much a bridge to the next part of the arc – Weyland-Yutani’s plan for the colonists has begun, and a possible apocalyptic solution is at hand, once Ripley and Hendricks can get their hands on some proof to return to Earth with.

Special mention should go to artist Robert Carey and colorist Dan Jackson. The opening pages – the desperate race to survive while descending through the atmosphere, is beautifully rendered, with the cold of low orbit depicted in stark colors by Jackson. The characters are nicely defined, and there’s almost a photo-realism to Ripley’s and Hendrick’s features. The Xenomorphs too, are ably depicted, silent presences looming in the background, or leaping into attack. Absolutely chilling.

Alien Resistance #3 is a competently told issue that allows the reader to get to know the main characters a little bit more, and appreciate their toughness and resourcefulness. No other characters get as much time in the limelight, which is fine, as the colonists provide fine cannon-fodder. Check out the horrifying aftermath of a Xenomorph assault to see what I mean. There’s a lot to like in Alien Resistance #3, and a lot to look forward to in the remaining issues.