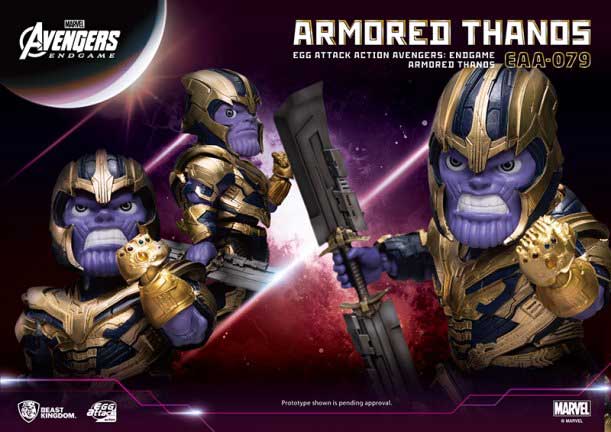 Want to get the new Thanos Egg Attack Action Figure? It’s a snap with this exclusive in Previews

Diamond Comic Distributors has revealed a new Thanos Egg Attack Action Figure that will coincide with the release of the upcoming Avengers: Endgame movie, and you can only get via your local comic shop.

Based on the newest design of Thanos, this cute yet domineering figure faithfully recreates the details of his new armor and dreaded Infinity Gauntlet. With high quality textures, metallic paint and sophisticated molding, this version of Thanos features a moveable pair of eyes and more than 27 points of articulation. The Egg Attack Action Figure also comes with various accessories including interchangeable faces, that give collectors ample ways to display the figure, as well as multiple pairs of hands for easy posing. With all this, fans can easily set up a variety of Thanos’ poses from the movie or conjure up new ways for world domination. 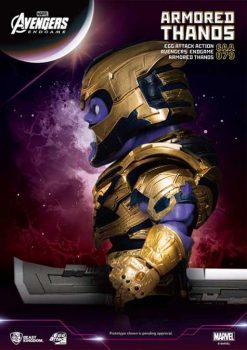 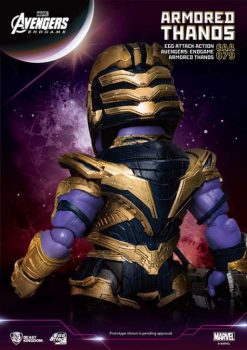 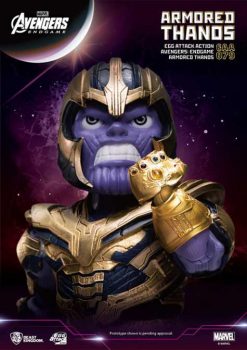 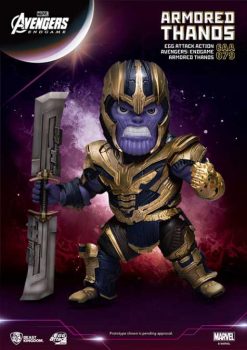 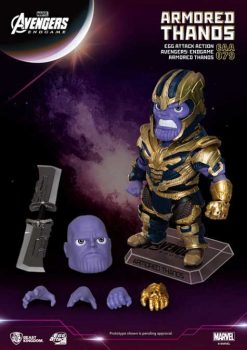 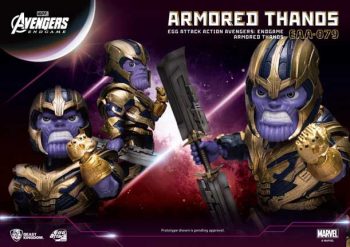 The PREVIEWS Exclusive Armed Thanos Egg Attack Action Figure is scheduled to arrive at your LCS (providing you pre-order it) on August 28, 2019.