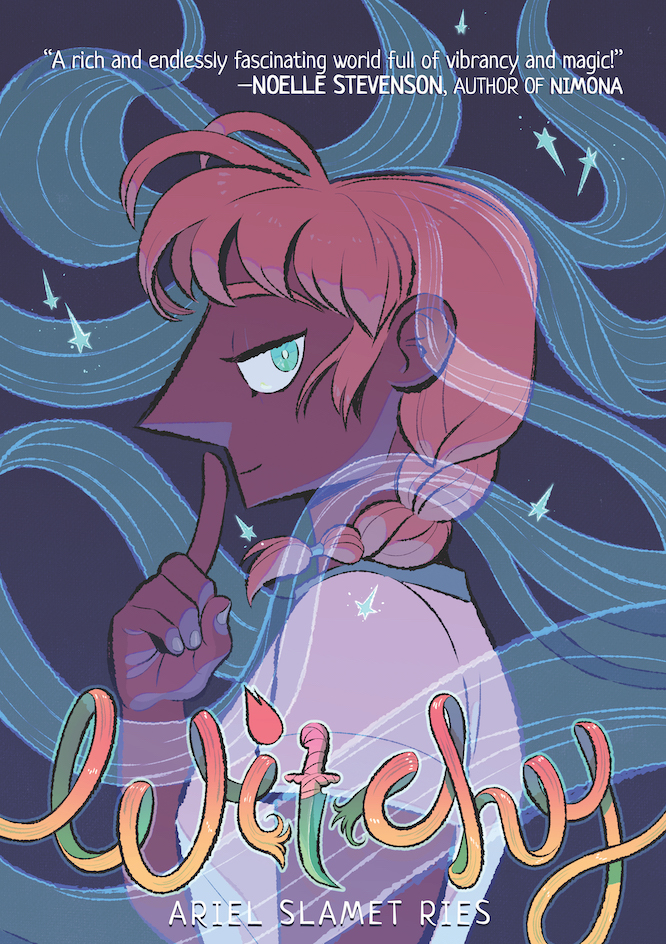 In conjunction with the Lion Forge panel at C2E2, the publisher of “comics for everyone” announces the collection and publication of Ariel Ries’s beloved webcomic, Witchy! Praised around the internet since its first appearance five years ago, Witchy was nominated for the 2015 Ignatz for Outstanding Online Comic, the 2016 DINKy for Outstanding Web Comic, and the Danish “Pingprisen” for Best Online Series in 2017 and 2018.

Now, Lion Forge announces the first long awaited print collection for release just in time for back to school reading!

“For the past 5 years, I’ve poured everything into making Witchy and aside from the support of my fans it’s sometimes felt like a lonely road— until Steenz contacted me about working with Lion Forge to publish Witchy” says creator Ariel Slamet Ries. “Since then we’ve all been hard at work together to make the book worth the read, for both old and new readers. Having Witchy published has always seemed like a far off dream, and I have Lion Forge to thank for taking this leap with me. With the help of my editors Hazel Newlevant and Steenz, the Witchy book has become something truly special!”

In the witch kingdom Hyalin, the strength of your magic is determined by the length of your hair. Those that are strong enough are conscripted by the Witch Guard, who enforce the law in peacetime and protect the land during war. However, those with hair judged too long are pronounced enemies of the kingdom, and annihilated. This is called a witch burning

Witchy is an ongoing webcomic about the young witch Nyneve, who is haunted by the death of her father and the threat the Witch Guard poses to her own life. When conscription rolls around, Nyneve has a choice to make; join the institution complicit in her father’s death, or stand up for her ideals?

“When I started at Lion Forge two years ago, I was thrilled to be able to bring in new titles (specifically webcomics) to our acquisitions process. So when I had the opportunity to bring my first pitch in, I knew it had to be the vibrant, magical, and compelling webcomic, Witchy” says editor Christina “Steenz” Stewart. “Two years and two editors later, I’m excited to finally see it in print. I know fans of the series will be thrilled to see it packaged so beautifully, and readers new to the world of Hyalin are going to love it as much as I did when I read it all those years ago.”

Witchy is updated online every Tuesday and Friday, with the print edition to be solicited in the July-dated PREVIEWS catalog for release in September.