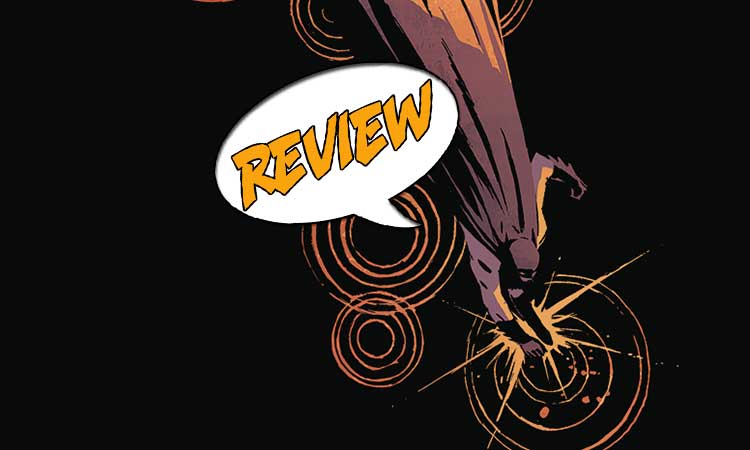 Batman #67 gives the audience the silent treatment, but in doing so, brings a new level of storytelling to an old trope, making for an engaging read that will leave you gasping at thee end.

Batman and a masked figure brawl their way in a descent through the many layers of Gotham, with a shocking unmasking at the end…Your Major Spoilers review of Batman #67 awaits! Previously in Batman: There’s a guy, see, whose parents were murdered right in front of him.  Since then, he has worked ceaselessly to be the bane of the criminal underclass, fighting a rogue’s gallery of murderous psychopaths.  Now, he faces yet another kook, a masked criminal with a squiggle for a face.  Who is he?  And what will the discovery of his identity portend for…the Batman?!

This isn’t the first time the silent approach in a comic has been done, and it certainly won’t be the last.  But Batman #67 does feature an extended period of silent storytelling, where Batman pursues the masked murderer across the rooftops of Gotham, then down the stairs and fire escapes, through roofs, into bars, and then into the sewer system.  The only real words spoken are, ironically, the stutterings of a bartender, who never completes his sentences.  Otherwise, it is sound effects depicting the exhausting effort of Batman in pursuit of the criminal.

More than any other genre, this sort of storytelling is perfect for the action style of storytelling that writer Tom King has done for Batman #67.  There’s some, but not a huge amount, of nuance required.  A wry grin by Batman before he leaps into a gap, the cocking of the head of the masked figure he is chasing are all that we get, but they are effective for being so prominent.  Batman seems to enjoy the thrill of the chase, with hair-raising leaps and death-defying falls a feature of his nightly pursuit of the criminal element.  And all of this is conveyed without a word being uttered by him.

The masked figure is another case in point.  Every so often, we hear a BEEP BEEP coming from him.  It’s clearly a direct reference to the Wile E Coyote and Roadrunner cartoons of yore (dear Millennials – hunt them down, they’re a blast) and tells us a lot about his perspective of events.  If Batman is the coyote, and the masked figure is the roadrunner, then nothing Batman can do can stop him from escaping.  Sure…

With all the action depicted against a wordless canvas, it is down to artists Lee Weeks & Jorge Fornes to do the heavy lifting in Batman #67.  A lot of it harks back to Batman: Year One – there’s the sense that this Batman is a younger version, full of youthful enthusiasm for the chase.  Certainly, the gray costume with the black bat emblem brings to mind my engrossed reading of Year One when I picked up the collection back in the early 90s.

Coupled with Lovern Kindzierski’s subtle coloring, there’s a real kinetic energy to the pursuit.  Each character is depicted in mid-range and long shot, leaping through the air, taking falls and landing hard.  The images aren’t static – be it the masked figure’s headlong rush forward, the dreamlike sinking into the watery depths of Gotham’s sewer system, or Batman’s starkness against the neon glow of the city’s night – there’s an energy and movement that makes what could’ve been a drab issue spark with electricity instead.

You couldn’t take the approach seen in Batman #67 more than once in a cycle of storytelling.  Apart from the feeling of being slightly short-changed (especially given the $3.99 price tag) readers rightly want to glory in the back and forth of well-realized characters.  But in something like this issue, where the writer steps back (or more realistically hides his writing style) and the artists come to the fore, the strength of the art carries the day.  Batman #67 ends on a beautiful cliffhanger (read it to find out!) that presages more action and adventure to come.  Tom King is a marvel and the versatility he displays in the issue is a testament to that.