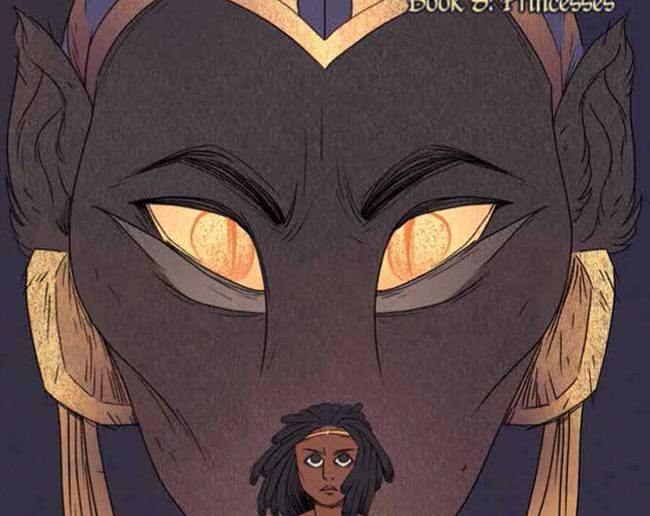 Princeless continues in April from Action Lab Entertainment, and the publisher has released the solicitation information for the first four issues, along with preview pages from writer Jermey Whitley and a slew of talented artists.

This volume is different from the previous, as each issue will spotlight a different princess, along with a different artist team for each.

PRINCELESS BOOK 8 #1
Writer(s): Jeremy Whitley
Artist Name(s): Kaitlin Jann, Brett Grunig
Cover Artist(s): Kaitlin Jann, Brett Grunig
24 pgs./ E / FC
$3.99
In PRINCELESS BOOK 8 #1, we learn oldest sister Alize’s backstory in the desert and when she first meets her intense guardian, the Sphinx. Artist Kaitlin Jann had this to say about her experience working on PRINCELESS and what the book means to her: “Princeless continues to be empowering and inspiring to its audience, and it has had the same effect on the creative team behind it. Seeing how the story and the characters within it come to life through the dedication of talented writers and artists has been an unparalleled experience. Having been able to contribute to this process has taught me so much about myself as an artist and in the power of comics as a whole.”

The first issue will be released in April 2019. Readers can pre-order the book with the Diamond item code FEB191305. 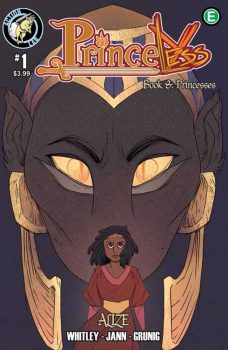 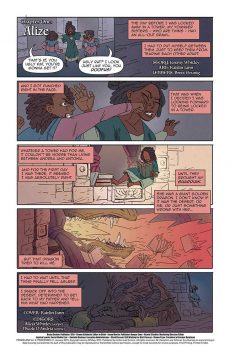 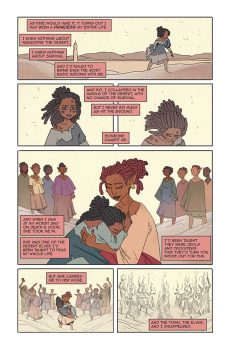 PRINCELESS BOOK 8 #2
Writer(s): Jeremy Whitley
Artist Name(s): Jackie Crofts, Brett Grunig
Cover Artist(s): Jackie Crofts
24 pgs./ E / FC
$3.99
In the second story, Angelica tries to find something she’s good at. It’s an arduous journey, but eventually she finds a strategy game that’s more than meets the eye. Now she must face numerous challengers and see if she’s truly a skilled tactician. Artist Jackie Crofts (NUTMEG) had this to say: “I was so happy to get the opportunity to come back and work on Princeless again, because my first real work in comics was doing a cover for an issue of it about 5 years ago. Jeremy was the gateway to a lot of opportunities I’ve had in comics since then, so I have a special fondness for this series. It’s full of fun, positivity, and great role models and that makes it an exciting project to work on and be a part of!”

The second issue will also be released in April 2019. Readers can pre-order the book with the Diamond item code FEB191306. 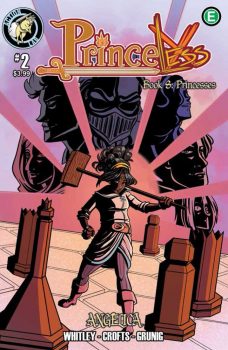 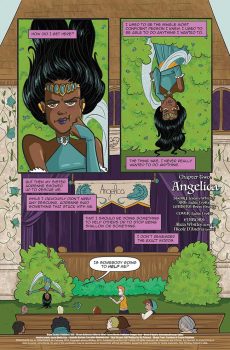 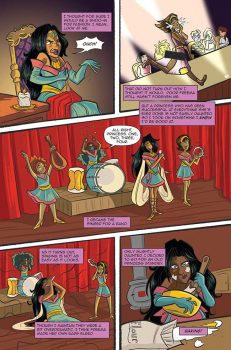 PRINCELESS BOOK 8 #3
Writer(s): Jeremy Whitley
Artist Name(s): Newt Taber, Takeia Marie, Brett Grunig
Cover Artist(s): Newt Taber, Brett Grunig
24 pgs./ E / FC
$3.99
In the third issue we have Adrienne’s vampire sister Angoisse. Still living in the swamp, Angoisse is approached by goblins asking for help. Can she be the swamp’s guardian? This issue’s main story features art by Newt Taber, who had this to say about her experience: “Working on ‘The Swamp’s Dark Defenders’ was a really meaningful and exciting experience for me. I learned so much from every single page, and was very grateful to be working on such a fun and wholesome project! I really feel like this story, though short, is part of something very important. I’ll always be proud to have helped get it out there.”

Takeia Marie worked on the follow-up story in this issue, ‘Goblin Politics.’ Takeia had this to say about PRINCELESS: “I was drawn to Princeless because the entire story flew in the face of the conventional princess tropes I had grown up with. I really liked that Jeremy used the humor of Princeless’ world and characters to comment on issues that we’re dealing with right now, everyday. I was excited to get a chance to play around with some of those characters in ‘Goblin Politics’ and have free reign to make it as ridiculous and funny as possible.”

The third issue will also be released in May 2019. Readers can pre-order the book with the Diamond item code MAR191325. 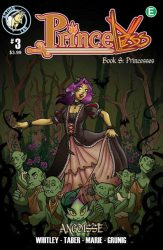 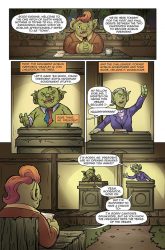 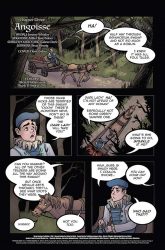 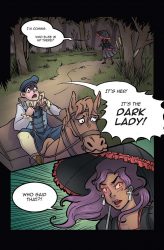 PRINCELESS BOOK 8 #4
Writer(s): Jeremy Whitley
Artist Name(s): Robin Kaplan, Brett Grunig
Cover Artist(s): Robin Kaplan, Brett Grunig
24 pgs./ E / FC
$3.99
Adrienne’s twin sisters are finally free from their tower, but not their bickering! And this time their spells get involved, turning them into rabbits! Artist Roblin Kaplan had a few things to say about PRINCELESS: “The twins were such a great pair of unexpected heroines to take me to the comedy gym and help me flex my humor muscles, though I don’t think they would like to join me for carrot juice afterwards.”

The fourth issue will also be released in May 2019. Readers can pre-order the book with the Diamond item code MAR191326. 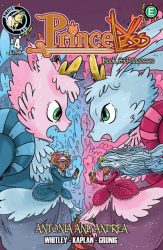 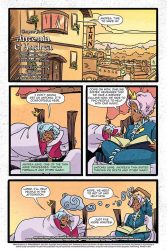 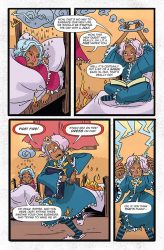 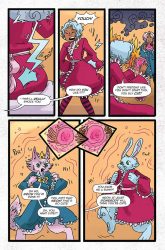