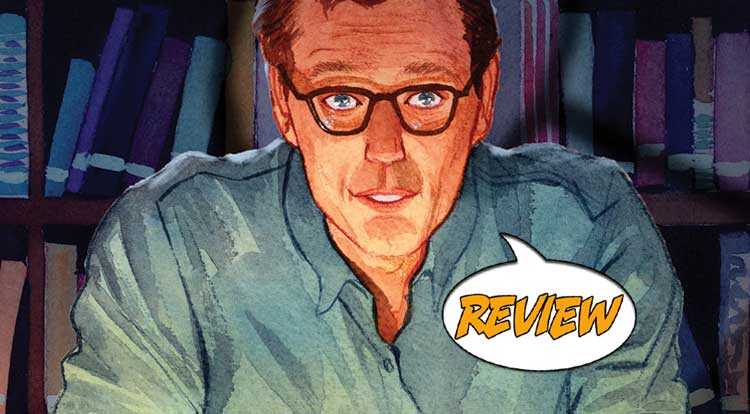 Buffy discovers an ancient ally, while Spike discovers the truth…  Your Major Spoilers review of Buffy The Vampire Slayer #3 awaits! Previously in Buffy The Vampire Slayer: Buffy and the Scooby Gang (the name was Xander’s idea, he’s workshopping it, it probably won’t stick) delve deeper into the heart of Sunnydale’s underbelly and make a shocking discovery about the true nature of the Hellmouth.  Meanwhile, Drusilla sets her sights on Cordelia, as Cordy and Spike find accidental common ground.

As this issue opens, Anya and Drusilla are trying to deal with a big problem just as William (who apparently isn’t called Spike?) walks in: An ancient bat-creature, calling itself Camazotz, has awakened earlier than expected.  Anya acquired him centuries ago, but now he’s free in Sunnydale, deepening the rift between Dru and Anya.  While patrolling the city, Buffy encounters Camazotz and leaps into action, only to find that Spike and Cordelia are also battling the creature.  When he asks Cordy how she’s not phased by the giant screaming bat-creature, she simply smiles and replies: “That’s right, your not FROM Sunnydale.  It gets a little weird sometimes.”   Camazotz doesn’t want to *fight* Buffy, though, as he’s meant to be her ally and/or steed, which reveals her identity to the vampires.  Dru nearly rips out Buffy’s throat, but a last-second save by Willow and Xander turns the tide, allowing Giles to put the creature back to sleep.  As the issue ends, Buffy has once again saved the day, Cordelia is certain that Buffy will get everybody killed, and a very angry Drusilla knows who Willow and Xander are, which is bad news.

There are a lot of really strong moments in this issue for me.  The arrival of the Scoobies is not only perfectly timed, but a really strong image that makes both of Buffy’s best pals seems a lot more action-heroey than previous iterations.  (There’s also something about Camazotz’ wings behind Xander that looks amazing and may or may not be foreshadowing.)  Visually speaking, everyone gets a moment of awesome this time around, be they villain, Scooby or bat-thing, and Buffy’s punch right to Camazotz’ breadbox should be a poster.  I’m a little less thrilled with the plotting, as the first three issues have all been running full-throttle, with SO MUCH information and character being delivered that I’m worried what they’re holding back for future arcs.  Cordelia’s change of heart this time also feels a little rushed, but I’m enjoying seeing modernized takes on the Sunnydale cast, even if it means things like revealing Giles’ musical prowess earlier or Xander being ripped and ready to fight evil with a shovel and clever quips.

BOTTOM LINE: NOT QUITE SURE ABOUT THAT THE ‘SPIKE’ LINE

There is one particular line of dialogue about Spike and how that alias wouldn’t have even played in the 90s that stuck in my craw, but overall, Buffy The Vampire Slayer #3 is an entertaining read with lovely art in both battle sequences and quiet moments, earning a better than average 3.5 out of 5 stars overall.  As someone who loved the original Buffy, this new take manages to break new ground while remaining accessible, and even the breakneck pacing isn’t a deal-breaker.

This issue features attractive art, some important character moments and a little foreshadowing, with enough reminders that it's not your mother's Buffy to keep it fresh and not get annoying.