Valiant is very excited about the upcoming Bloodshot movie starring Vin Diesel, and as the publisher expects interest in Bloodshot to reach an all time high, it has announced a new comic book series is headed our way in September.

Bloodshot will be written by Tim Seeley with art by Brett Booth.

“I don’t feel like I need to reinvent the wheel with Bloodshot,” said Seeley. “What I need to do is tell a BIG, CRAZY story that can only be done in comics, and I need it to be powerful and emotional and relevant in a way only comics can do.”

Seeley plans to take a fun and fast-paced approach with Bloodshot. “I want to go back to basics and tell a story about a guy who was made to be a weapon but isn’t allowing anyone to use him ever again. He’s an outcast, an outsider, and he can’t help but use his indestructible body to help people, even though all it ever does is get him in trouble. With great power comes a great big pile of shell casings!”

Once, he was the perfect living weapon, created to follow orders. Now, Bloodshot works alone, using his lethal skills to protect those who cannot protect themselves. But a mysterious and powerful organization is watching, and they’re not about to let something as dangerous as Bloodshot remain free… 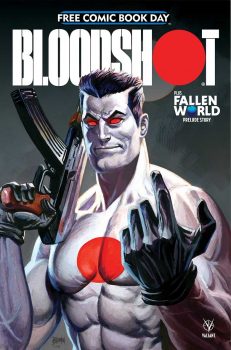 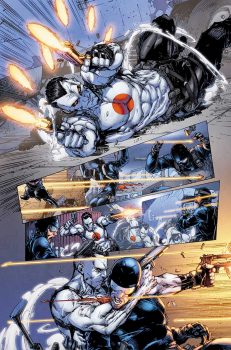 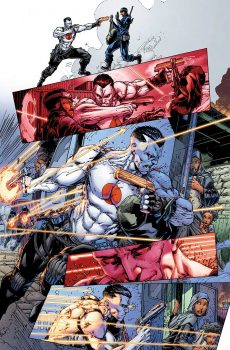 Ahead of the September release, Valiant Entertainment will release a Free Comic Book Day Bloodshot issue that leads into the new series.