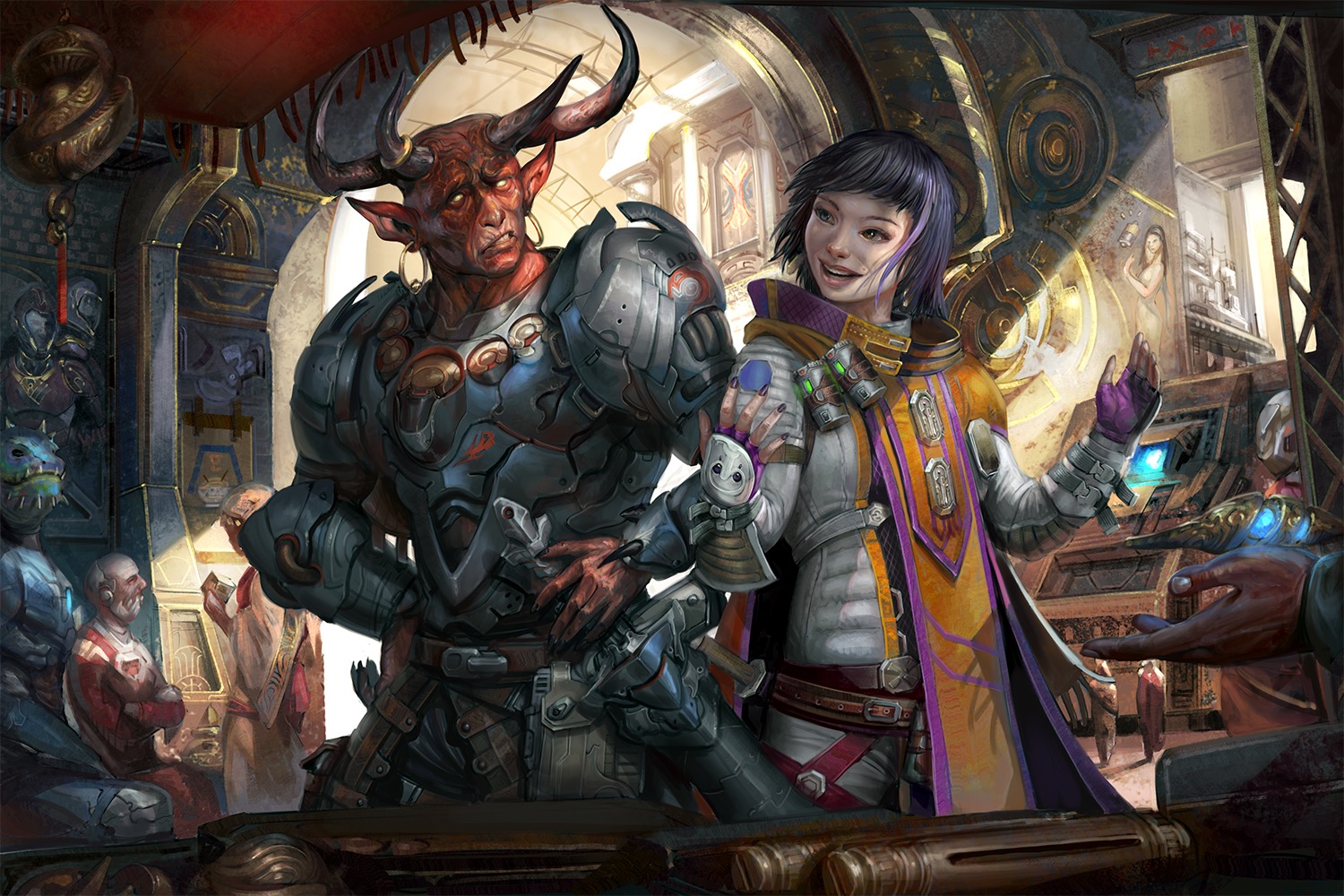 Paizo Inc. has released Fire Starters, the first volume in the Dawn of Flame Adventure Path for the smash hit Starfinder Roleplaying Game. The 64-page volume, written by James L. Sutter, is the first of six adventures in a science fantasy campaign set in the Pact World’s sun. It is available for purchase at paizo.com and retailers worldwide at an MSRP of $22.99 for softcover.

“Dawn of Flame sees the heroes peeling back the layers of a story about a mysterious force operating within the Pact Worlds’ sun while diving through the layers of the star itself. The narrative starts outside the sun, moves into events in a city in the star’s upper atmosphere, and leads to the heroes traveling into the sun’s depths. If flying a starship deep into stellar plasma to explore places few mortals have seen isn’t science fantasy, I don’t know what is,” said Chris Sims, lead developer for the Dawn of Flame Adventure Path.

The adventure begins on a space station near Mataras, the sun of the Pact Worlds, where the heroes watch a magical portal to the Plane of Fire disappear into… Sutter shared his thoughts on the adventure: “I also think the adventure has some really fun roleplaying opportunities! My philosophy about writing adventures is that even in the tensest, most serious game, you still need moments of humor to throw the grimmer elements into contrast and get that emotional punch. So, things like dealing with an eccentric chaos-snake, a self-appointed skittermander cop, and an insectile con artist—or even just making the two key NPCs each other’s ex-wives—those character moments are every bit as important as the monsters and combat!”

Fire Starters contains a Starfinder adventure for 1st-level characters. Additional material includes an alien enclave within the star, a look at the sun goddess and her worshippers, an archive of extraplanar threats, deck plans and statistics for a vessel that patrols near the sun, and a look at a beautiful resort planet with ties to the Plane of Water.

The adventures continue with a new volume every month for six months. Soldiers of Brass (Dawn of Flame 2 of 6) will be released in late March. Explore the Starfinder Roleplaying Game at paizo.com/starfinder.