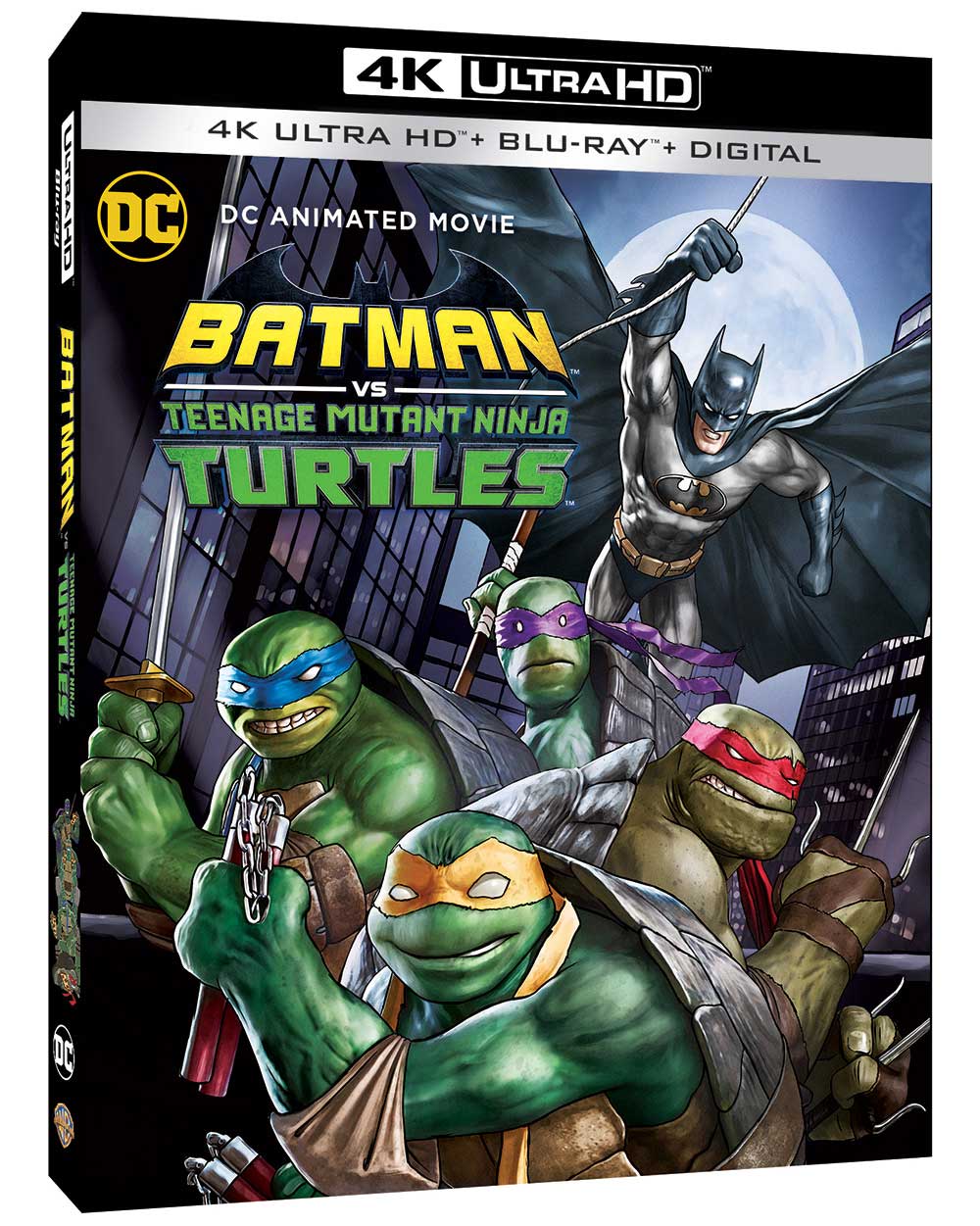 Check out this trailer for Batman vs. Teenage Mutant Ninja Turtles

Look, I know you think a team-up between Batman and the Teenage Mutant Ninja Turtles is an eye-rolling affair that you want nothing to do with, but hear me out. There have been two successful comics from IDW Publishing and DC Comics that feature this team-up, and now Warner Bros. Home Entertainment is set to release the animated movie adaptation of those tales. It’ll take the unlikely unification of the Dark Knight and the Heroes in a Half-shell to overcome combined villainous forces afoot in Gotham City in the all-new, feature-length animated thriller, Batman vs. Teenage Mutant Ninja Turtles. Produced by Warner Bros. Animation, Nickelodeon and DC, the film arrives from Warner Bros. Home Entertainment on Digital starting May 14, 2019, and on 4K Ultra HD Combo Pack and Blu-ray Combo Pack on June 4, 2019.

Batman vs. Teenage Mutant Ninja Turtles finds Gotham City reaching new levels of danger when Shredder joins forces with Ra’s al Ghul to enact a nefarious plan – leading to the team-up of the Dark Knight and the Turtles to combat the combined might of the Foot Clan and League of Assassins!

The Batman vs. Teenage Mutant Ninja Turtles all-star cast is led by Troy Baker (Batman: Arkham Origins, The Last of Us) as the voice of both Batman and the Joker – making Baker the first actor to ever play both roles in the same film. Opposite Baker are the Ninja Turtles themselves – Emmy Award/Golden Globe Award/SAG Award winner Darren Criss (American Crime Story: The Assassination of Gianni Versace, Glee) as Raphael, Kyle Mooney (Saturday Night Live) as Michelangelo, Baron Vaughn (Grace and Frankie) as Donatello, and Eric Bauza (Looney Tunes Cartoons, The Woody Woodpecker Show) as Leonardo.