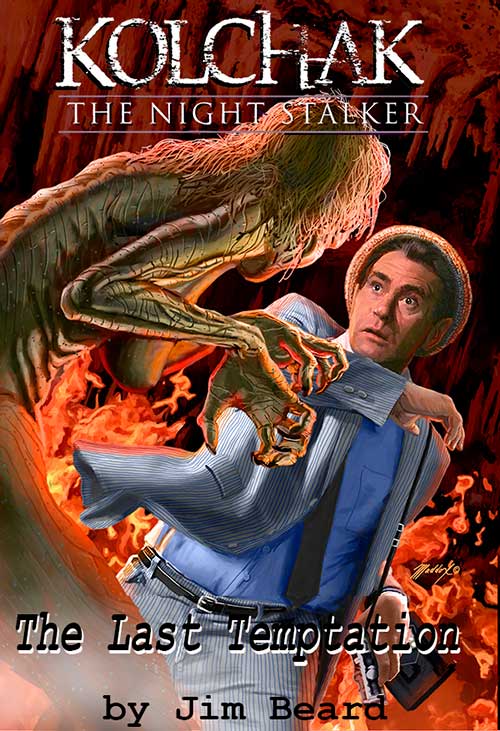 Fans of Kolchak The NightStalker will be pleased to learn that Moonstone Books has announced a new book to be released in July. KOLCHAK the NightStalker: The LAST TEMPTATION
Author: Jim Beard
Cover artist: Mark Maddox
ISBN: 978-1-944017-19-4-50999
100pgs, sc novel, 6” x 9”, $9.99
A desperate phone call in the middle of the night from his friend Pat Novak snatches Carl Kolchak from his home and thrusts him into an unexpected, fateful reunion with someone he thought he’d lost forever. Soon after, a bizarre philanthropic organization tantalizes the intrepid reporter with an alluring picture of a perfect life, a prize only available to Kolchak by enduring a series of humiliating trials designed to either prove his mettle or sully his soul for all eternity. Eternal evil lurks in the stone and steel canyons of Kolchak’s old stomping grounds of New York City in the guise of promises and possibilities…as well as the ultimate temptation.

It isn’t a very long book, so you should be able to get through this in an evening. Hopefully, you’ll be able to sleep after this chilling tale.