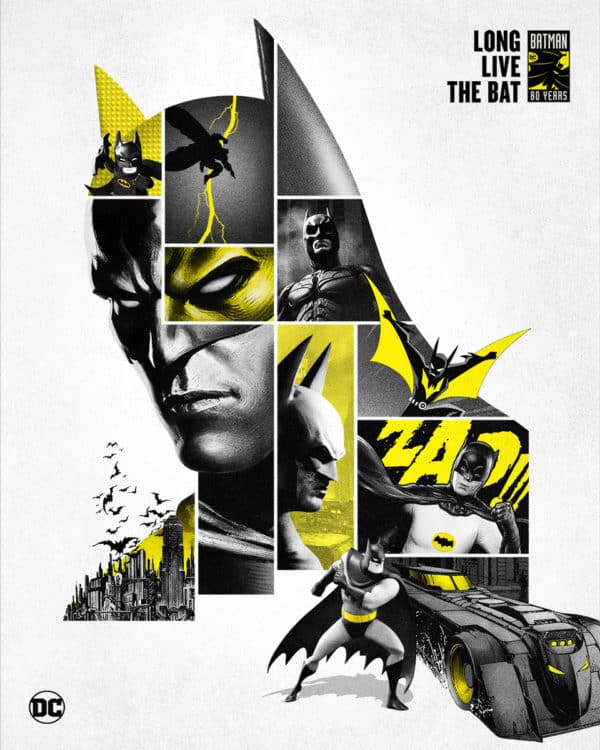 Millions of bats to be released for Batman’s 80th

Are you ready to kick off Batman’s 80th anniversary in style? No, there won’t be an exchange of gold, silver, or platinum, instead, DC Comics will release millions of bats next weekend at SXSW.

The Press Release has all the details: To mark the 80th anniversary of Batman, DC today unveiled plans for a global commemoration of the World’s Greatest Detective. Kicking off this March at SXSW, the multifaceted campaign for DC’s Caped Crusader will feature exclusive celebrations, special theatrical engagements, the milestone release of DETECTIVE COMICS #1000, live events and first-ever Batman brand partnerships. As fans join together under the campaign’s tagline of #LongLiveTheBat, DC’s timeless character will be honored through Batman Day in September when the Bat-Signal lights up in major cities worldwide.

First appearing as socialite turned crime-fighter Bruce Wayne in DETECTIVE COMICS #27 on March 30, 1939, the Dark Knight has stood as a symbol of determination, bravery and justice to generations of fans for 80 years. He has influenced every area of modern entertainment, appearing in countless comic books, Saturday morning cartoons, multiple television series, video games, theme parks and experiences, toys, collectibles, apparel and lifestyle products, as well as, blockbuster animated and live-action films. There have been Batman trading cards, board games and newspaper cartoon strips, and the U.S. Postal Service has even honored Batman with his own postage stamps. Batman is a multi-billion dollar icon who continues to reign as the most popular single Super Hero ever created.

To commemorate this milestone, custom artwork was created that pays homage to Batman’s legacy in all forms of media. The Batman profile pencil design is by beloved longtime DC artist José Luis García-López, and digital paint design is by Admira Wijaya. This graphic will be featured throughout the celebration.

DC will honor #LongLiveTheBat throughout 2019, including Batman’s 80th anniversary on March 30 and Batman Day on September 21. As part of this yearlong celebration, there are many ways fans can participate.

Conceived by artist Bob Kane with writer Bill Finger, Batman is humanity’s timeless hero. And he’s just getting started. More details on the global celebration will be released in the coming months.

Fans can join in on social media using the hashtag #Batman80 and #LongLiveTheBat. Visit www.Batman80.com for the latest news and updates.

It is a very big year of celebrating Batman’s 80th anniversary and 1000th issue. I wish there were these kinds of events for Superman…