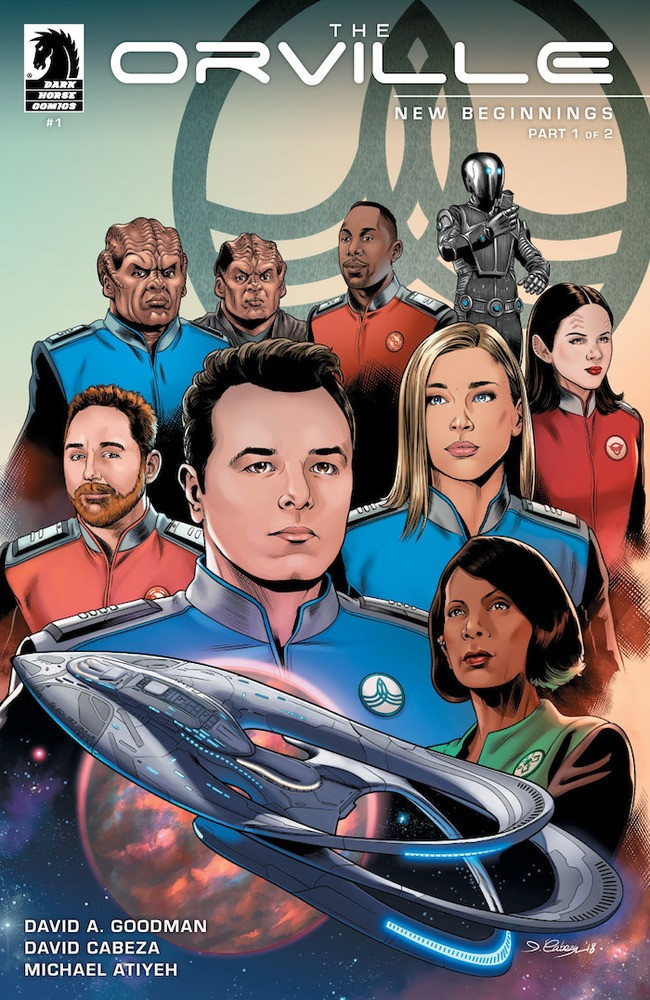 Dark Horse to explore the universe with The Orville Season 1.5

Love The Orville? It really is a great take on another space-faring property, and has been a fairly popular show on FOX. In July, Dark Horse Comics will explore what went on between seasons 1 and 2 with The Orville Season 1.5: New Beginnings. The first of these “episodes” starts with The Orville #1: New Beginnings Part 1 (of two). On their way to a fleet conference, Ed and Gordon investigate a distress signal from a century-old buoy belonging to a Union ship. Back on the Orville, Kelly tries to mediate when Bortus insists on enrolling Topa into school despite him being only a few months old.

The second “episode” begins with The Orville #3: The Word of Avis Part 1 (of two) which sees the Orville intercept a small Union ship en route to the interstellar territory of the easily aggravated Krill. The passengers, originally thought to be a group of xenoanthropologists, turn out to be much, much more interesting and dangerous than the crew of the Orville could’ve imagined.

The series will be written by David A. Goodman with art from David Cabeza, and colorist Michael Atiyeh. The Orville Season 1.5: New Beginnings arrives in stores on July 17th, 2019.