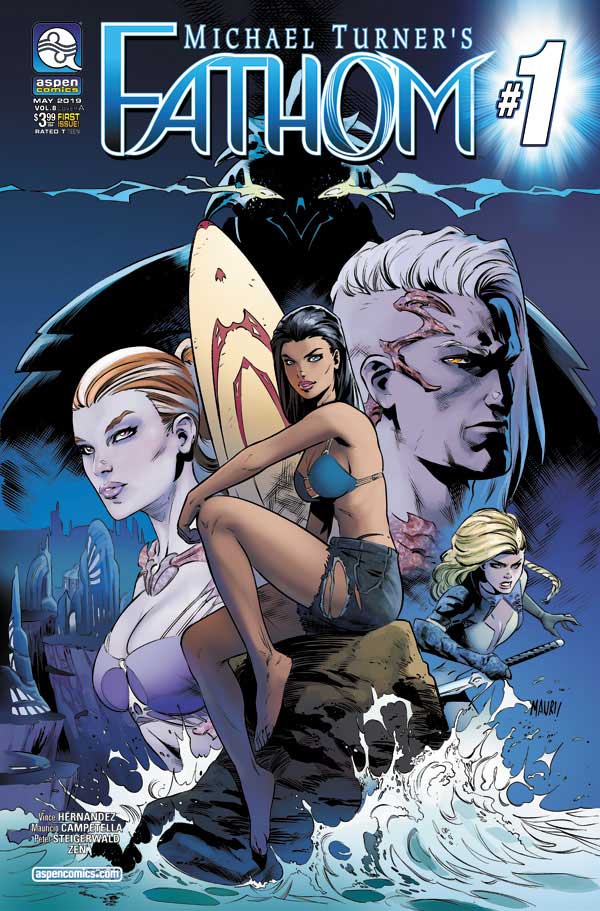 Aspen Comics has announced it will release a new Fathom series in May.

The publisher is streamlining their release of titles in 2019 to feature their core and flagship series in an effort to maintain the standard of quality the publisher is known for throughout the industry.