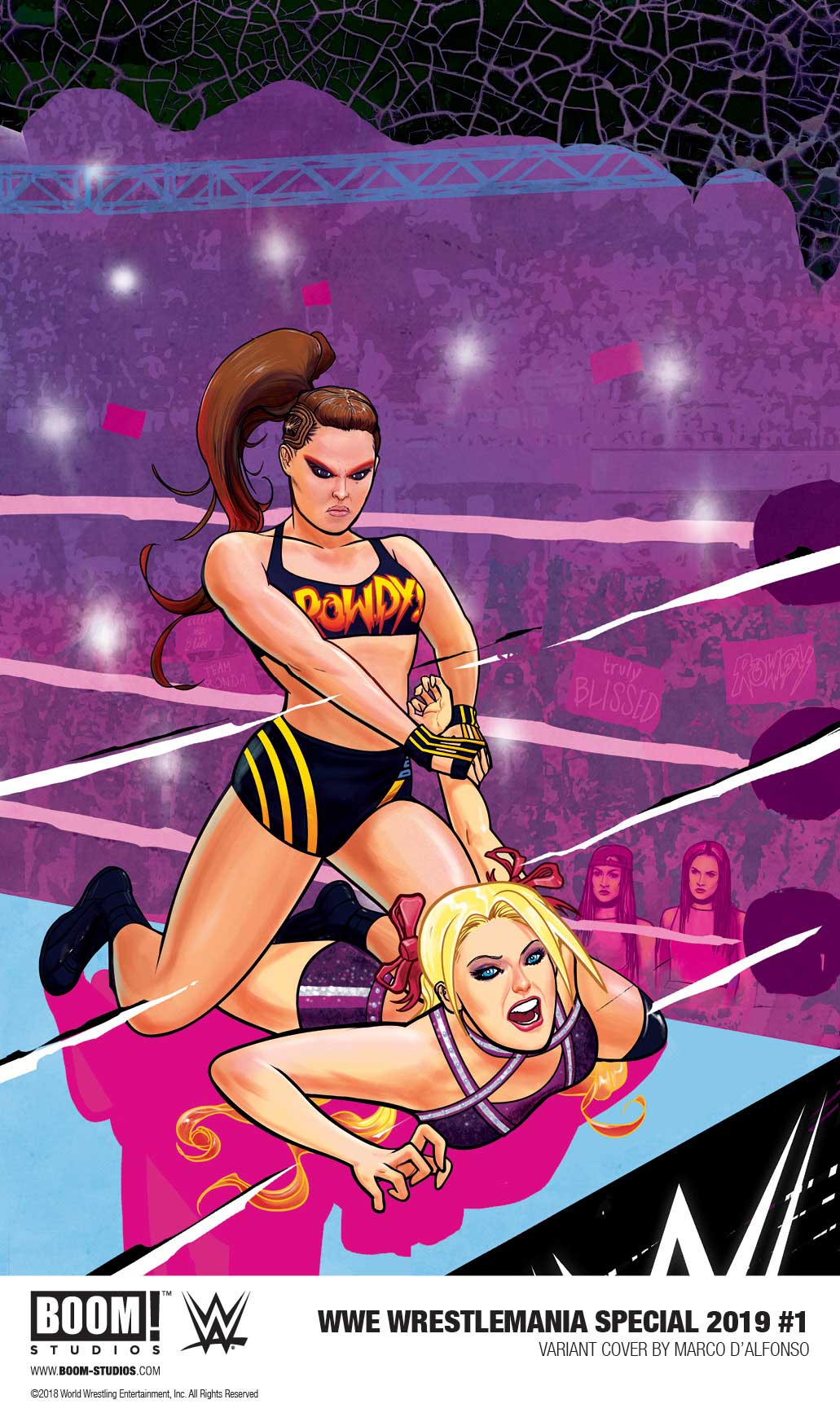 If you thought the 2018 special was all kinds of cray-cray, check out this preview of BOOM! Studios’ WWE Wrestlemania 2019 Special #1 that arrives on March 27th!

You never know what to expect at WrestleMania, and this special is no exception! Writer Andrew Stott and artist Andy Belanger (Southern Cross) highlight the pivotal match between the Brothers of Destruction, Undertaker and Kane from WrestleMania 14. Writer Bill Hanstock (WWE) and artist Hyeonjin Kim (WWE) explore the rivalry between Charlotte Flair and Asuka leading up to their groundbreaking match at WrestleMania 34. Ryan Ferrier (Jim Henson’s Labyrinth: Coronation) and Kendall Goode (WWE) dive into Ric Flair’s unforgettable retirement match against Shawn Michaels at WrestleMania 24.