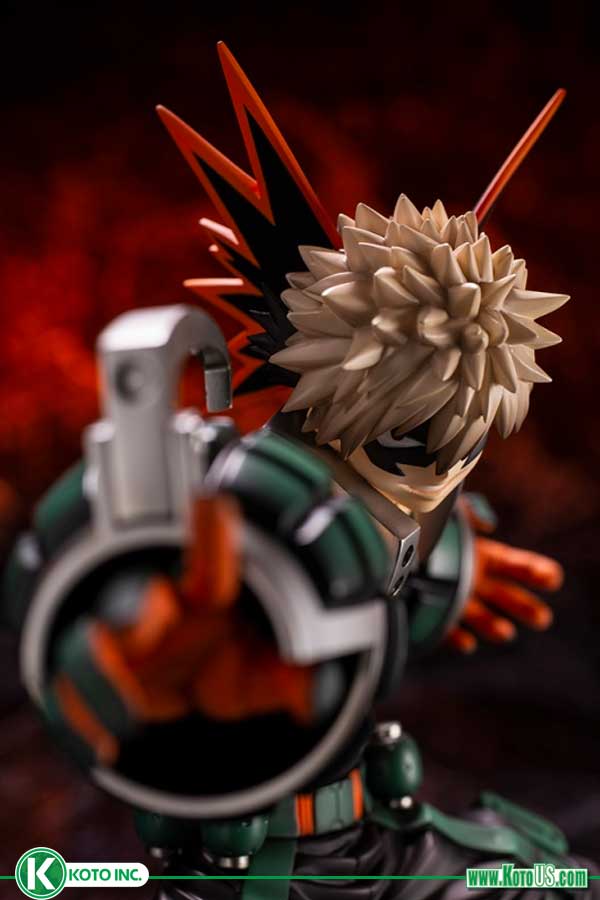 Looking to fill your nerd shelf with one of the hottest properties in the last couple of years? Take a gander at Kotobukiya’s My Hero Academia line with the recently announced 1/8th scale Katsuki Bakugo statue.

Like the previously released Izuku Midoriya and Shoto Todoroki figures, Bakugo’s dynamic posing captures the moment when he faces off against a villain. With his feet planted firmly on the ground, Bakugo’s powerful stance shows his fierce drive and determination to become a hero.

The Bakugo statue is available for pre-order now for $91.99.