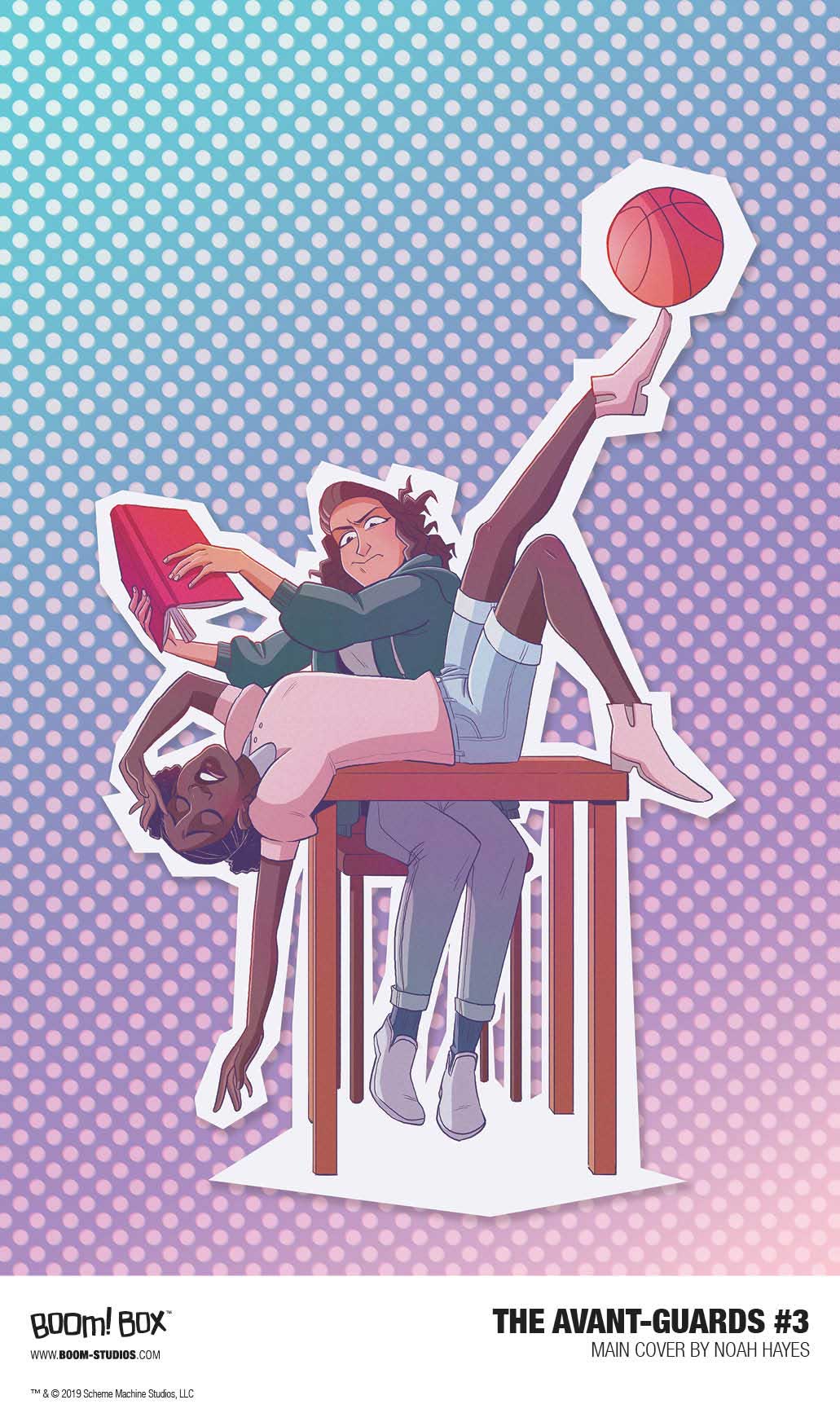 BOOM! Studios sent Major Spoilers an early look at the March 27th release of The Avant-Guards #3.

The Avant-Guards’ efforts have paid off, and with the addition of new transfer student and former basketball star, Charlie Bravo, they are finally an official basketball team. But just because they’ve got the right number of players and a spot in the league doesn’t necessarily mean they’re ready to compete on the court, and their first game is only a few days away! Liv and Charlie will have to scramble to train their fellow art school misfits to work together and trust each other in time to face their first opponents of the season… The Cuddly Retrievers of the American Institute of Veterinary Curiosities!

“Every person on the Avant-Guards is unique and brings a different skill or perspective to the team but in the end, they’re all there for the same reasons: to play basketball and make friends.” said Shannon Watters, Senior Editor, BOOM! Studios. “Carly and Noah do a fantastic job of capturing all the fun, frustration, and drama of a group of very different people learning to become a team in order to tackle whatever situations might arise together.”