Diamond Select Toys attended Toy Fair 2019 in New York a few weeks ago, and we have a roundup of products the toy distributor showed off at the event.

Bruce Lee Select Yellow Jumpsuit Action Figure
A Diamond Select Toys release! This 7-inch scale action figure of Bruce Lee features some of the most dynamic articulation ever in a Select figure! Wearing his most famous outfit, the martial arts master sports 21 points of articulation, allowing him to strike the most action-packed poses, and includes an interchangeable head, six interchangeable hands and fists, as well as nunchuks and spinning nunchuks. Designed by Yuri Tming and sculpted by Gentle Giant Studios! (Item #MAR192442, SRP: $29.99) 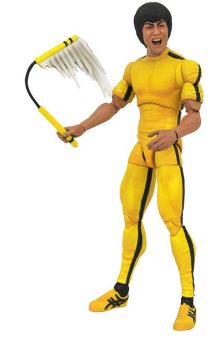 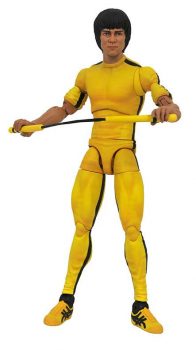 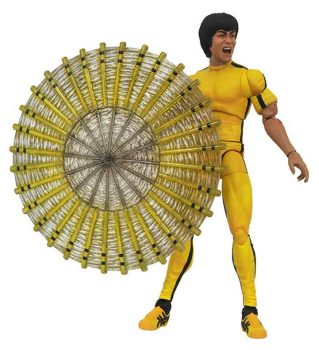 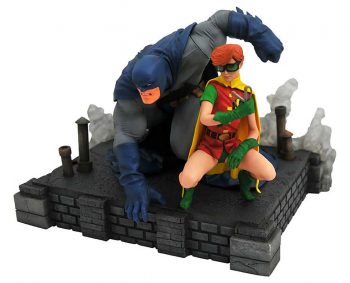 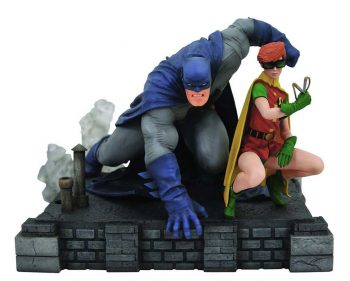 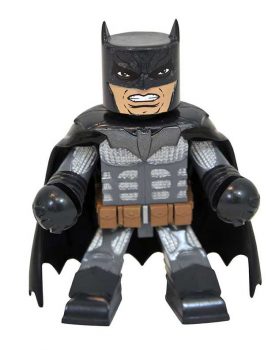 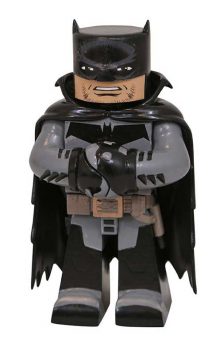 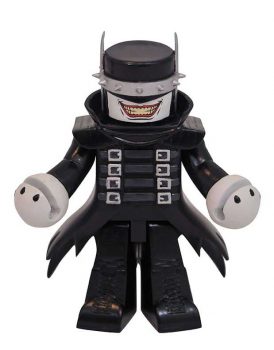 DC TV Gallery Batwoman PVC Diorama
A Diamond Select Toys release! The newest heroine on the CW is none other than Batwoman! Based on her appearance in the Arrowverse crossover, this PVC diorama of Batwoman hanging from a radio antenna bears the likeness of actress Ruby Rose and is made of high-grade plastic. This approximately 9-inch sculpture features detailed sculpting and paint applications and comes packaged in a full-color window box. Designed by Shawn Knapp, sculpted by Cortes Studios! (Item #MAR192440, SRP: $49.99) 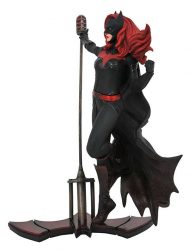 Godzilla Vinimates Vinyl Figures Series 1
A Diamond Select Toys release! The King of All Monsters is now the King of All Vinimates! Godzilla and Mechagodzilla headline the first series of 4” vinyl figures based on the classic Godzilla films! The black-and-white Godzilla of 1954 and the full-color Godzilla of 1999 team up against their robot doppelganger, and each has an articulated neck to customize their pose. Each comes packaged in a full-color window box. Designed by Barry Bradfield!
Godzilla 1954 (Item #MAR192451, SRP: $9.99)
Godzilla 1999 (Item #MAR192452, SRP: $9.99)
Mechagodzilla (Item #MAR192453, SRP: $9.99) 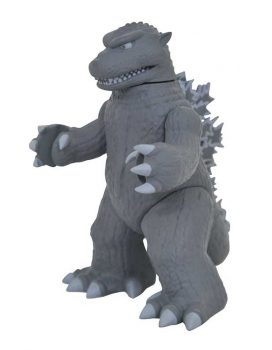 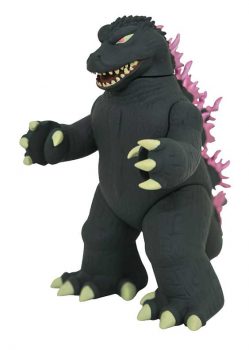 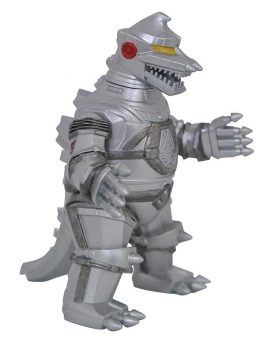 John Wick Gallery Chapter 1 PVC Diorama
A Diamond Select Toys release! He’s back! The hitman with a heart of iron returns in an all-new Gallery PVC Diorama. This approximately 9-inch sculpture depicts Wick running through a doorway with his gun drawn, chasing down his next target. Cast in high-quality plastic, this piece features detailed sculpting and paint details, as well as the likeness of actor Keanu Reeves. Designed by Caesar, sculpted by Rocco Tartamella! (Item #MAR192443, SRP: $49.99) 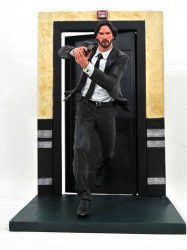 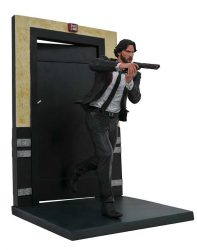 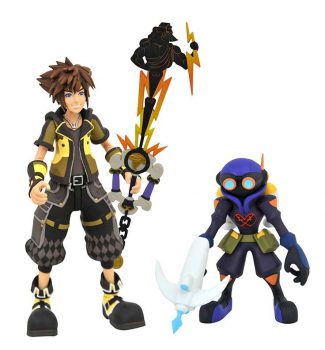 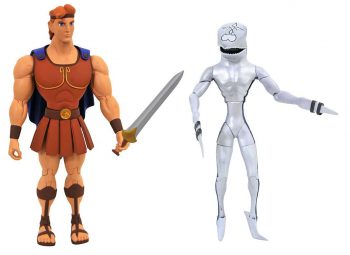 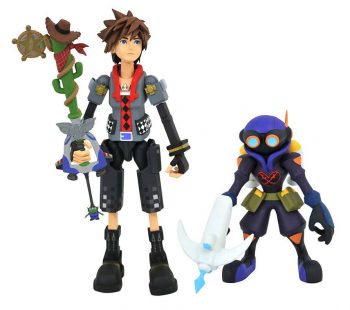 .
Legends in 3D Movie Black Panther 1/2 Scale Resin Bust
A Diamond Select Toys release! Hail to the king! T’Challa, the Black Panther, assumes his place in the pantheon of Legends with this regal half-scale bust! Measuring approximately 10 inches tall, this resin bust is limited to only 1,000 pieces, and comes packaged in a numbered box with a hand-numbered certificate of authenticity. Designed by Joe Allard, sculpted by Rocco Tartamella! (Item #MAR192446, SRP: $150.00) 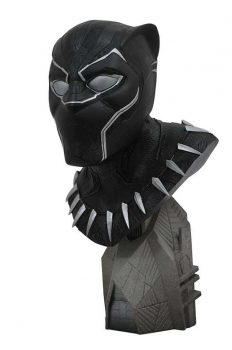 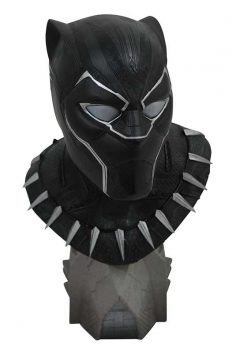 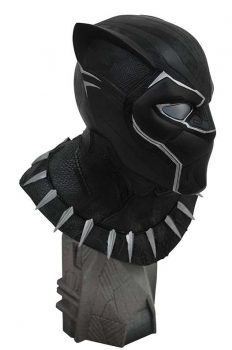 Marvel Comic Gallery Mr. Sinister PVC Diorama
A Diamond Select Toys release! One of the most sinister of X-villains joins the Marvel Gallery line of PVC dioramas! Standing approximately 10 inches tall in a cloud of green smoke, this sculpture of the X-Men foe known as Mr. Sinister is made of high-grade plastic and features detailed sculpting and paint applications. He comes packaged in a full-color window box. Designed by Caesar, sculpted by Alterton! (Item #MAR192447, SRP: $49.99) 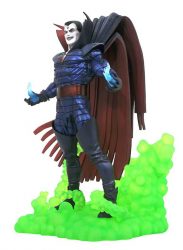 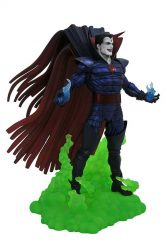 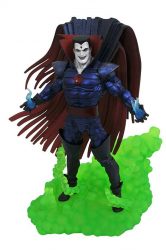 Marvel Comic Premier Green Goblin Resin Statue
A Diamond Select Toys release! Spider-Man’s ultimate foe gets the ultimate statue! The Green Goblin stands on his Goblin Glider and throws a smoking pumpkin bomb in this approximately 1/6 scale sculpture. Hand-sculpted by Clayburn Moore based on a design by Yuri Tming, this resin statue is limited to only 3,000 pieces, and each comes with a certificate of authenticity in a full-color box. (Item #MAR192445, SRP: $150.00) 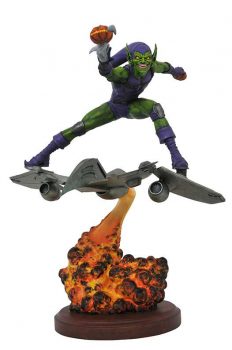 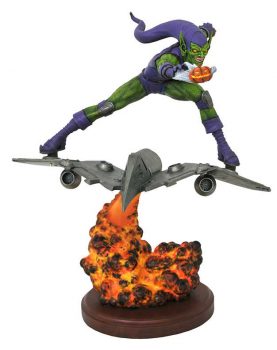 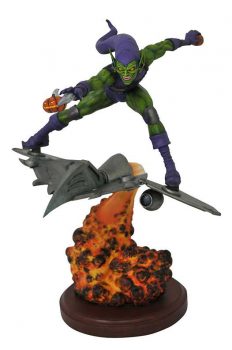 Marvel Select Sandman Action Figure
A Diamond Select Toys release! Time for lights-out! The Sandman is coming, and he’s got the sand to take on Spider-Man — and all of the heroes in your Marvel Select collection! Wearing his classic striped shirt, Flint Marko features legs that can change to a tower of sand, and interchangeable sand fist, claw, and spiked mace pieces! Measuring approximately 7 inches tall, he comes packaged in display-ready Select packaging. Designed by Eamon O’Donoghue, and hand-sculpted by Jean St. Jean! (Item #MAR192448, SRP: $29.99) 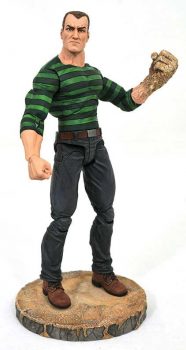 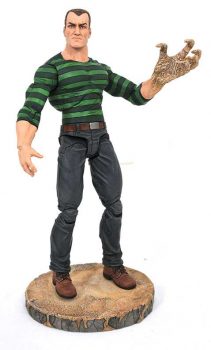 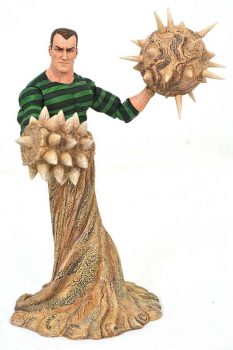 Nightmare Before Christmas Jack in Chair Coffin Doll
A Diamond Select Toys release! Jack Skellington rests his long, long legs in this new release in the Coffin Doll Collection! Coming with a stylish office chair, Jack stands approximately 16 inches tall and features a real cloth costume, making him look like he just stepped off the screen. He also features 9 points of articulation and an exclusive head sculpt, and comes packaged in a coffin-shaped window box. (Item #MAR192449, SRP: $74.99) 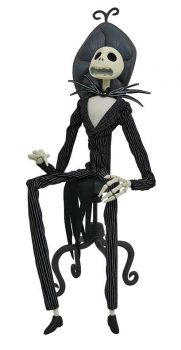 Nightmare Before Christmas Jack and Sleigh PVC Set
A Diamond Select Toys release! Sandy Claws is coming! This deluxe PVC set from Tim Burton’s The Nightmare Before Christmas features Jack in his coffin sleigh, pulled by three skeletal reindeer and led by a tiny figurine of Zero! Set it up on your mantle to let everyone know that a horrific Christmas is on its way! Packaged in a full-color window box. (Item #MAR192450, SRP: $124.99)