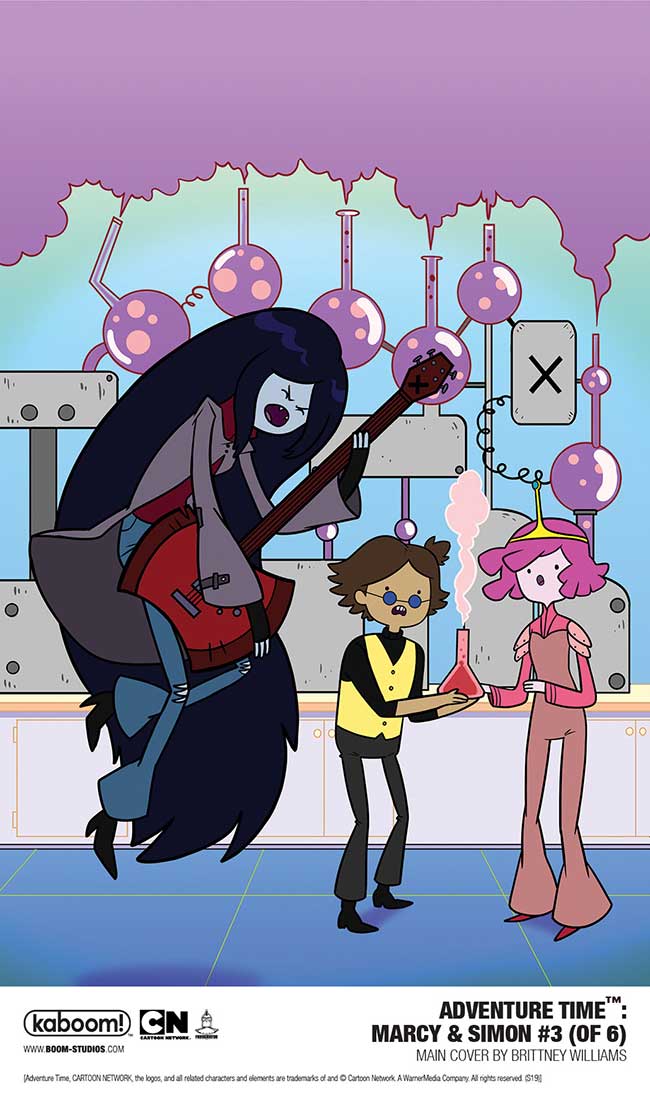 Marcy and Simon’s friendship has endured over 900 years and through bouts of insanity and amnesia. So when Simon’s memories of his life as the Ice King and his memories of Marceline, start slipping away, there’s nowhere left to turn except the source of darkest magic itself—Hunson Abadeer, Marceline’s dad and evil overlord of the Nightosphere. But of course, things get complicated when Marcy confronts her demonic father and asks for help saving Simon: dark magic always has a cost.

“Marcy’s relationship with her father is almost as complicated as her relationship with Simon and both are important figures in her life so it stands to reason that when she’s got nowhere else to go, she turns to Hunson for help,” said Matthew Levine, Editor, BOOM! Studios. “But the Lord of Evil is a demonic being by nature and even his love for his Vampire Queen daughter can’t shake his inherent need to sow chaos so the results of his dark magical help might not leave Simon any better off than he was before.”