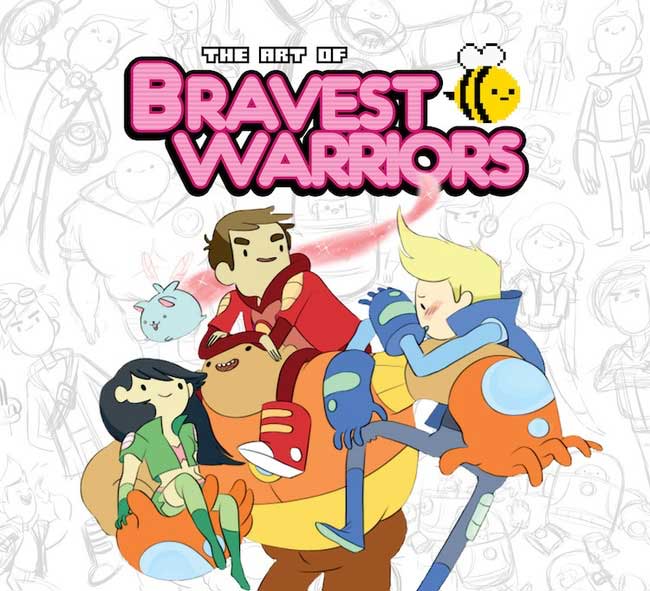 Dark Horse to release The Art of Bravest Warriors Reminisce on the team’s greatest adventures from the animated series, the Bravest Warriors! In The Art of Bravest Warriors warp through informative chapters on the main characters, beloved settings, and your favorite alien encounters.

This exclusive collection of gorgeous art from the creative mind of Bravest Warriors creator Pendleton Ward (Adventure Time), developers Breehn Burns (Dr. Tran, Invader ZIM), Will McRobb (The Adventures of Pete & Pete, The Ren & Stimpy Show), Chris Viscardi (The Adventures of Pete & Pete), and a host of talented artists, such as character designer Phil Rynda (Adventure Time, Gravity Falls) and background designer Steven Sugar (Steven Universe). The Art of Bravest Warriors includes storyboards and scripts from early stages of the show’s production as well as comics and fan art for the most impassioned fans of the series. Enjoy the most comprehensive collection of illustrations and dive into the development and production materials of the Bravest Warriors!