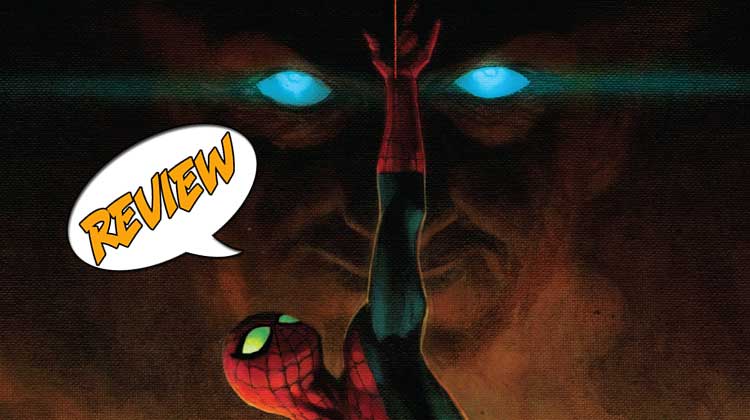 In Friendly Neighborhood Spider-Man, Taylor examines the hero from using a smaller, “neighborhood” perspective. It’s the best Web Slinger comic out today, in my opinion!

I’ve said many times that there are some creators I just HAVE to follow. When it comes to writers, one of the very best is Tom Taylor, who has written both Marvel and DC characters very well, not to mention his own creations! He may be best known for The Deep and Injustice. SOLICITATION:•  Spider-Man heads to a part of the Marvel Universe that you’ve never seen before!
•  It’s always fun to see Spider-Man out of his element. Well, for YOU, anyway. Spidey doesn’t agree.
•  And when “out of his element” is in a place that doesn’t support human life? Uh-oh!

THERE GOES THE NEIGHBORHOOD!

Taylor recognizes that one of the things that makes Spidey a classic character is his ability to interact with people around him, hence the “friendly neighborhood” description. In this comic, the writer examines people who live very close to Peter Parker. They may not always be “ordinary,” but they always take the hero where he’s never been before!

Spidey is helping out The Rumor, an apparently older woman who lives near him. They end up searching for another neighbor, Leilani, leaving the latter’s children with Johnny Storm, better known as the Human Torch from the FF. Honestly, even though it’s not the main focus of the title, I enjoy Johnny’s interaction with Peter and especially with another neighbor early in the issue. If that leads to another tale, I’ll enjoy it!

The main part of this issue takes Peter and The Rumor to Under York, a city very closely resembling New York but, obviously, located underneath “the city that never sleeps.” A lot of New York was fashioned after it, including the Empire State Building, which still exists in Under York.

Another thing I liked about this issue was that Spidey doesn’t make it through the pages unscathed. See, in my opinion, making Peter the head of a global company and all moved him away from who he is at his core. Peter would always struggle against tremendous odds, sometimes getting injured, but always coming through in the end. He’s going to have to work hard to make it through THIS story, though.

I mentioned that the comic focuses on those who live near Peter and, like the city itself, his neighbors are very surprising and interesting. I’ve always been surprised that he hasn’t really come across more of the unusual elements of New York, which is why I’m taking such pleasure in this comic. He’s actually out of his element, not knowing what will happen next, and while Peter himself wouldn’t care for that, it’s fun for us to read.

We have a whole ‘nother city to explore in Under York, and while it resembles New York, it gives the creative team a lot to work with. They’ve only begun to scratch the “surface,” as it were.

One of the strengths of Taylor’s writing is sharp and insightful dialogue. Not everyone functions at the same level, which is revealed in Johnny’s discussion with Peter’s neighbor. Johnny doesn’t quite get what that person is implying right away, which lends a lot of humor to the situation.

The book is fast-paced, and nothing stands still for very long. It’s everything I’ve ever wanted in a Spider-Man comic, including action, adventure, fun and comedy.

I’ve never encountered Cabal’s art before, but I like what I see. Strong work on facial expressions as well as fast-moving action sequences all are portrayed very well.

The colors are darker than I’m used to for Spider-Man, but it all fits the concept of Under York. There are good choices made in other areas as well, giving the title a cinematic feel that’s engaging.

BOTTOM LINE: Where No Spider-Man Has Gone Before

With years, even decades, of reading comics under my belt, I have to admit that I’ve grown a little tired of constantly returning to things I’ve read before. This book doesn’t do that, thankfully.

New, down-to-earth yet unusual characters, different situations, action, mystery—it’s all in this title. Frankly, I hope Taylor and Company keep this title going for a long time to come!  Highly recommended!