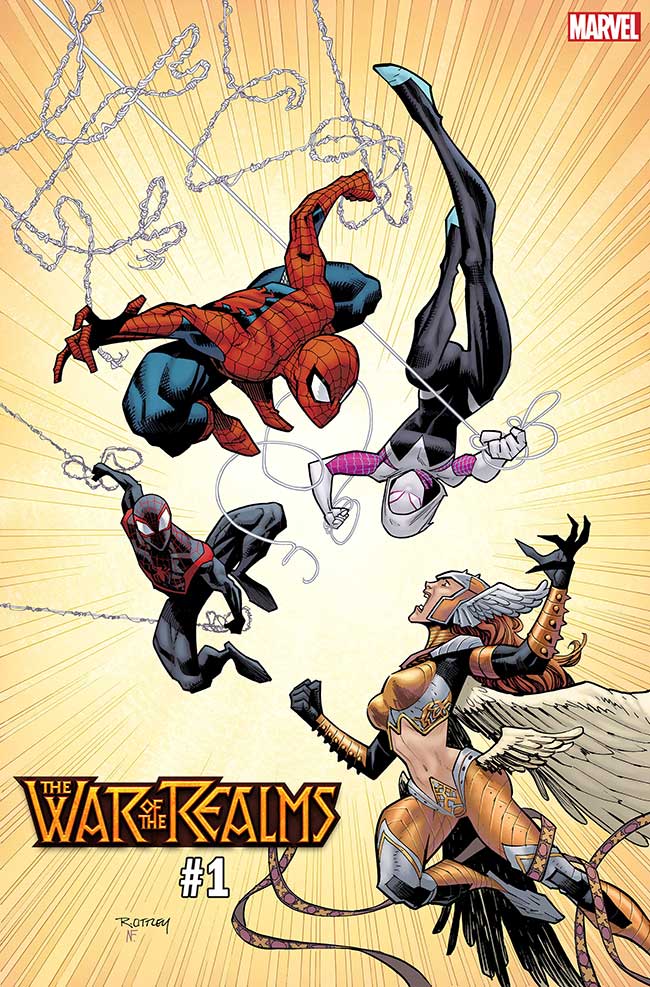 Marvel has released two more variant covers for the upcoming War of the Realms #1. Take the jump for a look at the variants by artists George Perez and Ryan Ottley.

WAR OF THE REALMS #1 (of 6)
Written by JASON AARON
Art by RUSSELL DAUTERMAN
This April, all hell will break loose as Marvel’s epic event from the award-winning creative team of Jason Aaron, Russell Dauterman, and Matthew Wilson usher in an event of unparalleled scale!