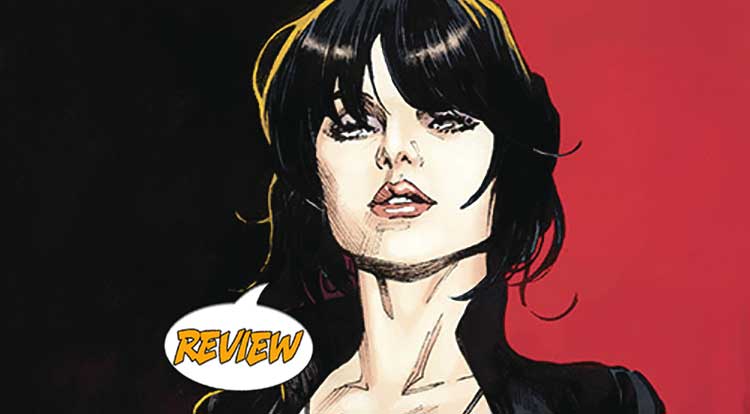 It’s the last stand of the Magic Order.  Families will be sundered, wills tested, and not everyone is making it out this time.  Your Major Spoilers review of The Magic Order #6 awaits! Previously in The Magic Order: A high-octane magical battle of good versus evil, as the remaining Magic Order wizards make a last stand against Madame Albany and the forces of darkness.  Family bonds are tested, blood is spilled, and black magic threatens life as we know it.

After last issue’s terrible losses, Cordelia Moonstone stands face to face not only with the evil Madame Albany, but her own brother, driven mad by grief and loss.  Outnumbered by Albany’s evil forces, Cordelia begs her brother not to cross the final meridian into evil, but Regan wants only to bring his daughter back from the dead.  The evil sorceress and her army level their wands at Cordelia, mocking her day job as an escapologist, only to have Cordelia reveal the truth: There’s an upside to being the disobedient child.  Such as doing all the things that your parents have forbidden, including the reading of the forbidden spells about sacrifice… and resurrection.  With a flick of her wrist, Cordelia effortlessly balances the scales of good and evil and changes the game entirely.  Things get explodely from there, but young Ms. Moonstone ends up dealing with the problem of her grief-stricken brother, while her father reminds us all that a good magician always has a trick up her sleeve.  it’s all very satisfying.

Several months ago, when I picked up issue number one of this book, I remarked about the familiar elements of its story and plot, but as it all wraps up, I realize with glee that this is actually part of the point.  Like so many miniseries, this feels like the final act of a really good movie (which, I’m certain, it will be soon enough), taking all the story beats you expect and playing with them.  We get closure on Dad’s rivalry with Madame Albany, on Regan’s terrible loss, even on Cordelia’s black sheep status, and the post-battle sequence where she is offered leadership of the Magic Order feel both earned and satisfying.  The art is once again phenomenal, including the beautiful 3/4 page panel where Cordelia reveals her big trick, making for a shout-out-loud “HELL YES!” moment.  Most impressive is Coipel’s visual reveal of the secrets of poor old Uncle Edgar, taking the tiny, quiet man and revealing the truth of why he never goes outside.  It’s a great moment in a series that has more than a few of them.

In short, The Magic Order #6 is a damn-near perfect cinematic close to the story, a satisfying and beautiful final chapter for a familiar, but still well-written tale, earning 4.5 out of 5 stars overall.  If there’s any justice in the world, we’ll be getting more stories of Cordelia Moonstone, whether it be in comics, movies or some sort of television because, frankly, she kind of rocks and this issue is exhibit A as to how and why.

It has been obvious from day one that Cordelia would be the key to it all, but the way this one plays out is surprising and satisfying.