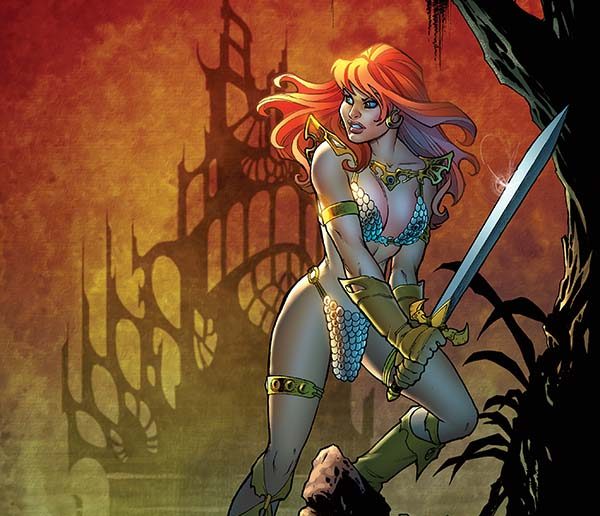 Dynamite announces Red Sonja and Dawn statues for May

Dynamite Entertainment has announced two new statues are coming our way in May. The first is the She-Devil with a Sword, while the second is Joseph Michael Linsner’s Dawn.

Dawn was created by Joseph Michael Linsner in 1989 for an anthology series. Fans were instantly drawn to her unique captivating design, all thanks to Linsner’s one-of-a-kind style. Since then she has starred in five series and several other appearances, skyrocketing her creator’s career alongside her. Dynamite has a long history working with Joseph Michael Linsner, collaborating on some of the best comic covers ever. In 2014 Linsner wrote and drew Dawn/Vampirella and right now his Vampirella: Roses for the Dead miniseries written by his wife Kristina Deak-Linsner is publishing. The Dawn statue is sculpted by Steve Kiwus.

The Red Sonja by Amanda Conner Black & White Artist Proof Edition statue is an unparalleled piece for collectors and fans of the character. Conner has made a name for herself as one of the greatest comic book artists of all time and Dynamite in particular treasures her work on characters like Red Sonja and Vampirella. This statue brings her vision of the She-Devil with a Sword to three dimensions in high-quality resin! Sculptor Jason Smith flawlessly translated the original cover artwork from Red Sonja: The Black Tower #1. Look for both of these statues landing in stores in May. If you want one, you should probably pre-order, as only 99 copies of the Red Sonja statue will be released.