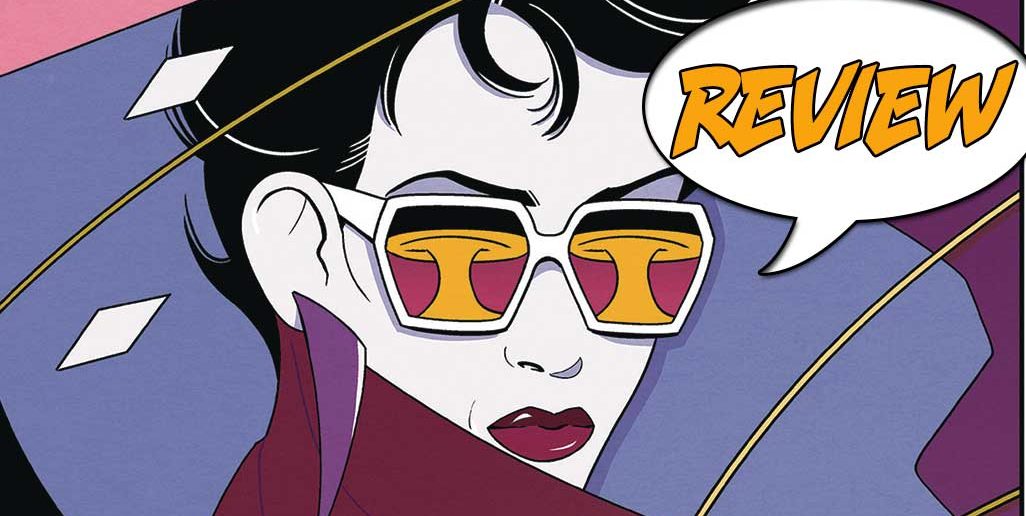 Victor and Dez have run into The Resistance, and Victor fills them in on what happened five years ago. But who is The Resistance resisting, and what is their big plan? Previously in The Long Con: Victor and Dez make it to Capetown (with Flix Bixby still tagging along). They step right through the doors – and into a superhero battle that sounds like it’s straight out of the comics. Dez starts a distraction, and Victor unties She-Bolt, who asks what he’s doing and then starts fighting Dez. Then it turns out Dez knows their editor (Helvetica Caslon) and used to intern for her. We also learn that they are acting out comic books. She-Bolt agrees to take them to Helvetica. Capetown is independent and has some sort of truce with the Skylarks, and they are superheroes there! Chill Factor catches up with them (Flix in tow) and Victor thinks he recognizes him, from five years ago. The head writer, Mr. Wilson, finds them and complains that they aren’t on script. Victor talks to him and manages to get them in to see the editor, who is, indeed, Helvetica and who recognizes Dez. And welcomes them to the Resistance.

PAY ATTENTION TO THE LITTLE DETAILS

So here I am, back at The Long Con #6, and thoroughly enjoying the ride. There are so many details in it, not to mention the twisting plot lines of past, present, and related episodes of Skylarks that almost feel like I want to take notes. Not in a bad way, mind. More like, “OMG that seems familiar…let me check some earlier issues…” (I swear I do not have one of those crime investigation boards set up for this.)

We begin with a scene from one of the Skylarks movies from 1988, in which they’re traveling through time looking for the reason why there was a cataclysm in Seattle in 2018, and in which we see that one of the characters is lesbian. Then we’re back to 1987 in the Skylarks Max writers’ room. Helvetica, at this time in her career, worked on Skylarks. It turns out that the lesbian character was under discussion then but, in short, the “old man” probably wouldn’t go for it. There’s quite the discussion, and one of the bits I liked seeing for the sheer irony of it was the thought, “Obviously race, class, and gender will be obsolete by 2018.” Oh, the poignancy and naiveté! How sweetly optimistic, and how dashed their hopes will be! (We also seen Anton in the background, by the way.)

Helvetica commiserates with fellow writer Ansbach, not only about the show, but about the “old man” who may, if I recall correctly, be the Special Guest at the Long Con. He takes credit for their ideas; he is the driving force behind making the Star Hussar uniforms blatantly sexy; he’s been turning away from science and toward swashbuckling. And this is where Helvetica leaves Skylarks.

She becomes the Editor-in-Chief of Zenyth Comics. And, to make a long story short, that’s how she’s in charge of Capetown at The Long Con. She wants to know what’s been going on outside, so cue Victor’s recap of the events of five years ago. Hang onto your hats, kids. He and Dez have just come back with coffee for her creators, whom Loren has allowed to wander off while she talks with the Star Hussar cosplayers. Speaking of which, we do get Megyn’s delightful, and powerful, backstory of how she became a cosplayer. And in the background, we see more characters we’ve seen in other parts of the story. It cements the idea that they were all here five years ago, and we get more sense of what they were like back then.

Suddenly Victor’s phone buzzes. He has a ton of calls and voicemails from his boss. Dez tells him to talk to Anton to get out to the loading dock, where he will get better reception. He gets there, lights up, and calls Cal. His boss is making no sense. Why is he coming to get Victor? Then he actually drives up…as bombs fall from the sky all over the city. Cal orders him into the car. Victor wants to get Dez out of there too, but he gets hit in the head and knocked out, and the rest is history.

An interesting story, but to Helvetica, it does no her good. Dez argues that civilization still exists outside the Con! Helvetica counters with “fifty miles of wasteland” not to mention no working elevators. But she also fills them in on what’s going on now at the Con. Thank goodness she has a map! She negotiated a détente with the Skylarks – they turn away undesirables, and the Skylarks leave them MREs. But, she continues, the Skylarks are increasing their patrols and seem to be massing forces in Hollywoodland. And she thinks there’s something in Hall F which is the key to their power. Hall F – which was never open to the public.

They suspect the Special Guest may have found some stuff left over when the complex was a top-secret DARPA facility. (Wait – what?) Well, as Victor notes, that would explain where they got the real guns. Anyway, Helvetica wants to send Victor, Dez, and presumably Flix, in there. As prisoners.

Reading this makes me feel like I’m watching a magician. There are so many things happening, and so many twists. What people were doing five years ago – or thirty years ago – may also tie in. So we have a convoluted plot which this issue reminds us is seriously overlaid against the sheer absurdity of every aspect of The Long Con, stubbornly refusing to quit even in face of a cataclysm. I love it, but I’m pretty sure I’ll miss the sleight of hand that goes on.

SO MANY WORDS, BUT SUCH FABULOUS PICTURES TO GO WITH THEM

The Long Con #6 is a complicated story, and so much of the art really helps keep us on track. Characters age. Fashions and costumes change. Hair changes. Heck, even people’s body language, but we still can clearly tell who they are. The entourage that Helvetica has around her currently are serious, muscular heroes and heroines. Five years ago, they were young fans sitting in the front row of her panel, geeking out. And it’s subtle, which is fascinating. I keep going back to look at things again and again.

And thank goodness for the lettering too! It is clear throughout, but we also have the brief titles that tell us when we are. They don’t detract from the art at all, instead, they work in tandem with it so all the many transitions back and forth and all around are smooth. It’s also thanks to some cleverly placed speech balloons that we don’t see the name of the “old man” who takes all the credit for Skylarks.

I mentioned the scene from five years before, where we see many of the characters we’ve been seeing. It isn’t just with one-shot cameos of the in the background. Some of them intrude long enough to have a line – totally in keeping with their character. (I’m looking at you, Decky.) She-Bolt and Chill Factor basically have a little drama in the background. And everyone looks like someone you’d see at a Con. And then there’s another little gem – when Victor makes his way to the loading dock, we see a Family Circus-style dotted line to mark his meandering trail.

Throughout this issue, there are additional scenes from Skylarks (probably the movie we started with) inserted organically – there are TV’s around showing it. Those fit eerily in with our plot, and it really adds something. When Victor is out at the loading dock, for example, they’re talking about attack patterns and so forth. And when the cataclysm starts in the real world, it starts simultaneously in the movie. (Very cool scenes of disaster as well, especially since they happen so fast.)

BOTTOM LINE: MORE FUN THAN YOU CAN SHAKE A STICK AT

There is so much to love about The Long Con #6. It’s weird, it’s progressive, it pokes sharply at so many things, it’s funny, and it’s so full of references and visual hints and callbacks. I think to do this takes the work and cooperation of everyone on the creative team, and it shows. Maybe they’re just pulling a con on us, their readers, but I tell you, it is a heck of a fun ride.

Maybe they’re just pulling a con on us, their readers, but I tell you, it is a heck of a fun ride.